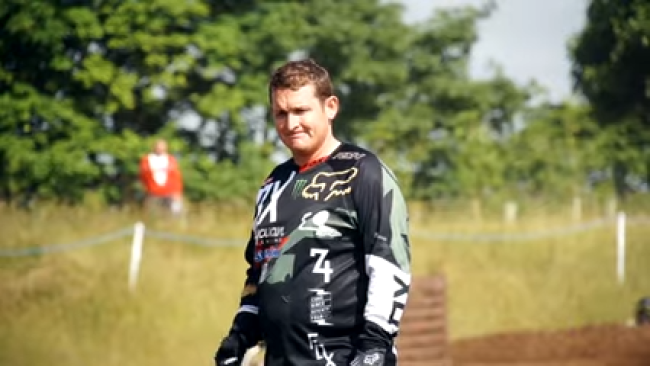 In episode five of the CrowFro Show, Jeff and Matt caught up with the one and only Ricky Carmichael to discuss a wide range of topics which is well worth a watch.

On if he followed the World Championship when he was racing the youth scene in America..

No, unfortunately I didn’t. It’s a lot more popular now, probably to do with the media and so many things. It’s a lot more accessible. We didn’t have any way of knowing what was going on that side of the Atlantic unless it was in Cycle News which you got once every week. No, I didn’t pay attention to the stuff on the Atlantic but on the other side, we always had people that would come to the winter Olympics – the Swanepoels I believe it was. They were from South Africa so I kind of knew about racing other than the US but it was on the opposite side of you guys.

However, I do wish and one of the regrets I have, I hardly have any throughout my career, I always wanted to go over and win a GP. I was never able to do that, I just didn’t have the time or the schedule but looking back I think it would have been a cool accomplishment because I appreciate the GP’s so much. I missed that opportunity, it would have been a nice little feather in my cap, it’d have been so cool.

On if there’s more of an awareness or incentive now from Americans towards the GP’s..

I’m not so sure there’s an incentive but there’s definitely more awareness. There’s more people watching it, I feel but maybe it’s just because I’m a little bit older and I feel like there’s more people watching it – that could be it. Although with social media, the media outlets we have these days, it’s so much easier and convenient to watch. It’s the same for you guys to login and watch us. I feel like there’s more buzz and of course with the Motocross Des Nations, how popular of an event that is, how the European riders and the guys that race MXGP are doing compared to the US guys in that particular event. It’s brought a lot of buzz to fans in the US so it’s cool. I really believe that the GP series has a really deep crop of great talent, it goes very deep compared to the guys I was racing against – I don’t want anyone taking that as a dig but I think most people would agree with me. Y’all got a lot of talent right now, it’s cool to see and good for you guys.

GP riders style catching up to the American’s since the 80’s..

When I went to Foxhill in 1998 for the Des Nations. I was like “Dude, look at these guys jerseys, there’s nothing on them and wearing their chest pros inside their jerseys”. To me it was just so crazy the style they had on the actual bike. It didn’t look that great because they were stiff but now you watch these guys style and it’s fun to watch. It has certainly changed without a doubt for the better.

You can watch the full episode which is very interesting, Ricky discusses his rivals, the sacrifices he had to make and much more.