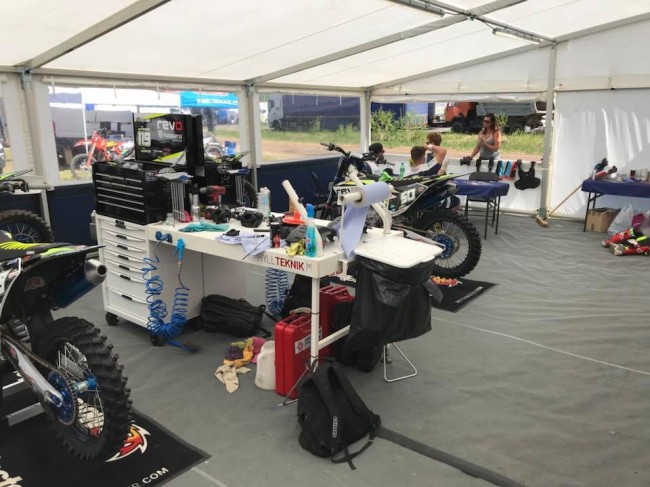 It’s been confirmed that the Revo Husqvarna UK team will pull the plug on the World Championship in 2020.

The team started in 2017 and had a lot of short term success so it’s a real shame to hear the team won’t be in the GP paddock next year. Mark Yates, the team manager has been forced to make the tough decision.

“There are a few reasons and one of the main ones is the funding aspect,” he said. “REVO’s invested a lot of money over the last few years and, yes, while we have had external financial support from Husqvarna it’s still very, very expensive to do GPs.

“A number of people have spoken to us about getting involved as a financial sponsor but nothing has ever come of it and that’s very disappointing when you’re trying to build towards getting a level of support.”

“We’re coming to the end of a three-year plan and I was hoping by now we’d be in a position to attract a decent sponsor who would help support us heading into GPs next year,” added Yates.

The team have had very good riders under the awning the past three years with the likes of Martin Barr, Mel Pocock as well as current riders Dylan Walsh and Alvin Ostlund.

The team moved up from the EMX250 championship to the MX2 World Championship this year and even got some backing from the factory.  Despite a lot of success over the past three years, it hasn’t brought in major financial sponsorship.

“People who know me know I like to do things properly.” – REVO is a company with very high standards that operates with a very high level of professionalism. There are no half-measures”.

“This year we’ve had a full-time truck driver, two mechanics, a practice mechanic and two riders. That’s just the starting point before you’ve done anything else”.

“As a privateer team – even with the level of support we get from the factory – to be successful you’re talking over £400,000, maybe even £500,000. That’s ludicrous unless you’ve got the right sponsors who are willing to invest”.

“We’ve been very fortunate that all our product sponsors have been unbelievable. The support they’ve given us has been fantastic and that’s enabled us to do what we’ve done.”

Despite not being in the GP paddock for the 2020 season, it’s still to be confirmed if they will run a team in the Maxxis British Championship. That could still be a possibility.

It leaves current riders Dylan Walsh and Alvin Ostlund without rides in the GP’s but both will be hoping to secure an MX2 World Championship ride.