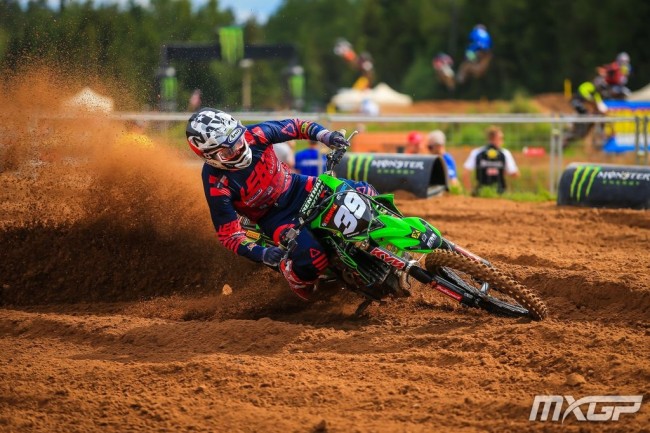 Roan Van De Moosdijk launched himself right back into EMX250 championship contention with an emphatic double moto win in Latvia.

He won on a rough track on Saturday and a bizarrely smooth track on Sunday as the Youthstream track crew continue their “bumpless Sunday” mantra. Van Moosdijk though, is showing the form many expected at the start of the year and he is now only seven behind the championship lead.

Alberto Forato somehow got second overall after coming through the field field both times in a great display of aggressive and determined riding. “What a weekend!” Exhaled an exhausted Forato who has the red plate but is tied on points with Stephen Rubini who also rode strong in moto two for fourth, despite a crash while coming through the field.

Jeremy Sydow has been in superb form since he came back from injury and took his first podium in third overall despite crashing while in second place in moto two and then losing fourth to Forato on the last lap.