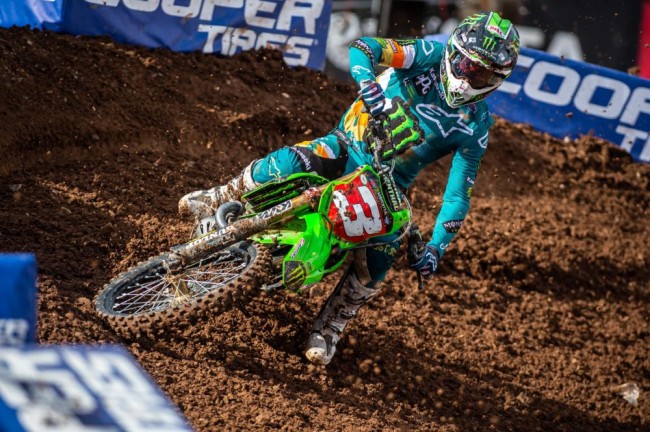 Blake Baggett got the 450 main event holeshot and led early with Cianciarulo second only for AC to go down and nearly collect teammate Tomac before getting ridden over by Cooper Webb, who had nowhere else to go.

That left Tomac, Webb and Roczen 3-4-5  and nose to tail! Tomac missed a rhythm and that let Webb make the pass and then Roczen made the move – this was tense! Then Roczen returned the favour, missed a rhythm and Tomac went up the inside to assert his authority in the race and the championship over the HRC Honda rider. Webb and Tomac got Brayton with Brayton then moving over to let Roczen through.  Tomac stepped up the pace, got back by Webb and moved into second and set after Baggett.

Tomac then really pulled the pin and passed Baggett in the whoops to take the lead and quickly began to pull away at the halfway point. Webb and Roczen then got Baggett but by this point Tomac had a four second lead. Webb got the gap  down to three seconds but Tomac had it under control and took a very impressive win. Roczen nearly threw third away with two laps to go but saved it and hung on to third.

A breathless Tomac said: “That was huge for us, it’s so cool we get back racing here in Salt Lake City. Overall an awesome day, the track got really slick at the end.” 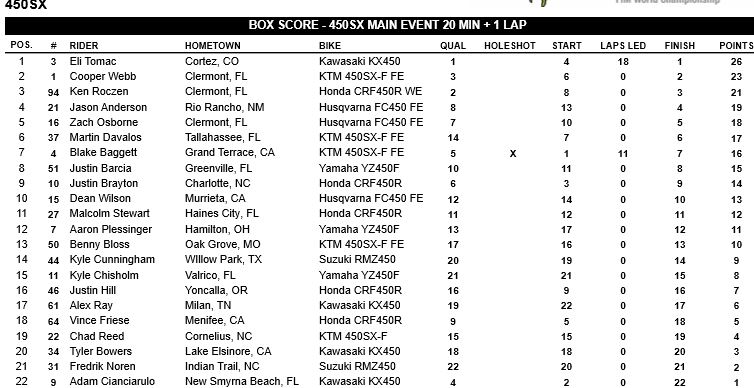 Shane McElrath dominated the 250 moto even if lapped riders allowed Chase Sexton to get within 1.5 seconds with the clock ticking down but McElrath was able to pull away once he got in the clear to take a big win and reduce the gap to Sexton to seven points.

“This is what we worked to do. It was a big learning curve the first four rounds (on the new Star Yamaha), said McElrath on his win. 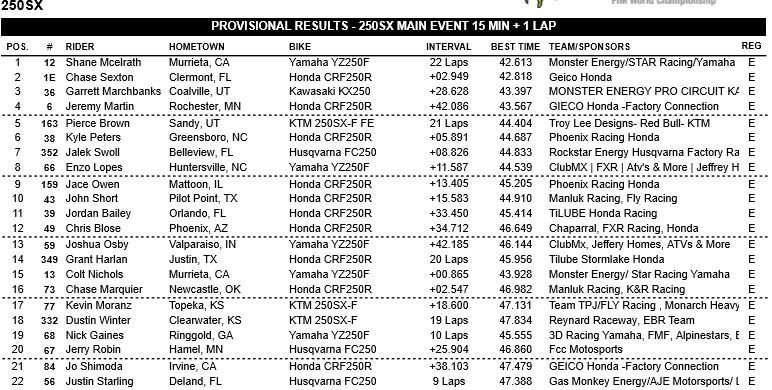