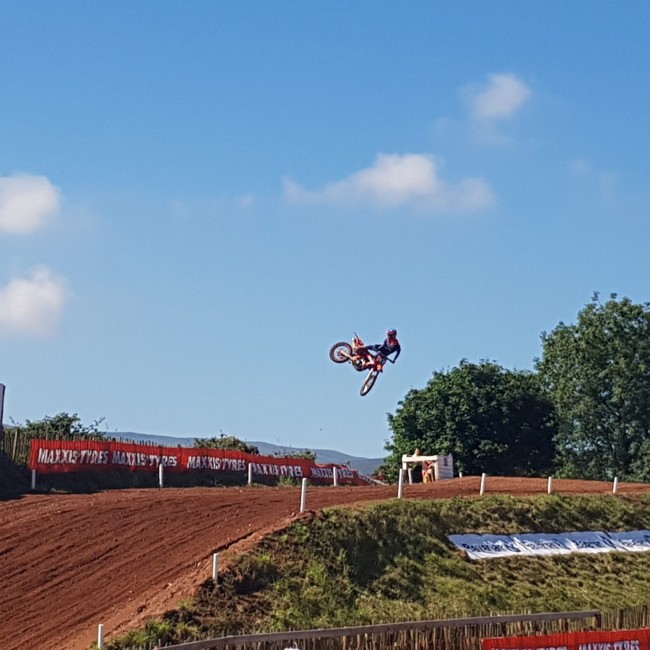 Tommy Searle took the win but was chased hard by local man Graeme Irwin who came from fifth to the delight of the home crowd. Jake Nicholls was third 30 seconds back despite a small tip over. Irish champ Richard Bird was 17th with Luke Smith 19th in his MX1 debut.

Tommy Searle took the win again after race leader Bobryshev crashed in the back section. Ivo Monticelli inherited second with Bobby just holding off Irwin for third. Both Irwin and Nicholl charged from outside the top 20 after terrible starts with Jake taking fifth at the flag.