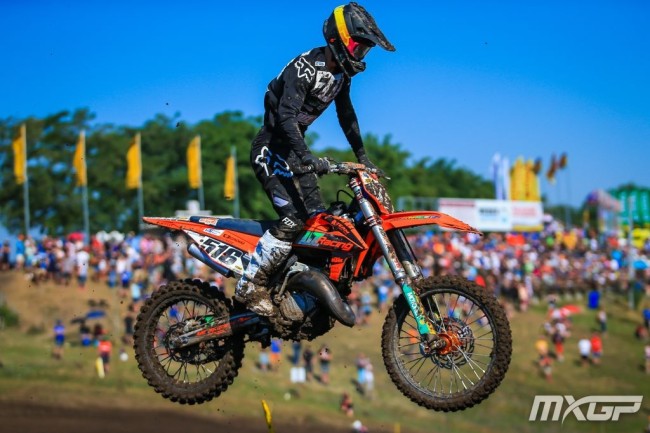 Simon Laengenfelder continued his recent good form to take an unchallenged win in the opening EMX125 moto in Sweden.

Behind him the two title challengers, Tom Guyon and Mattia Guadagnini, battled it out for second with Guyon eventually making the pass and championship leader Guadagnini settling for third to take an 16 point advantage into the final moto tomorrow.