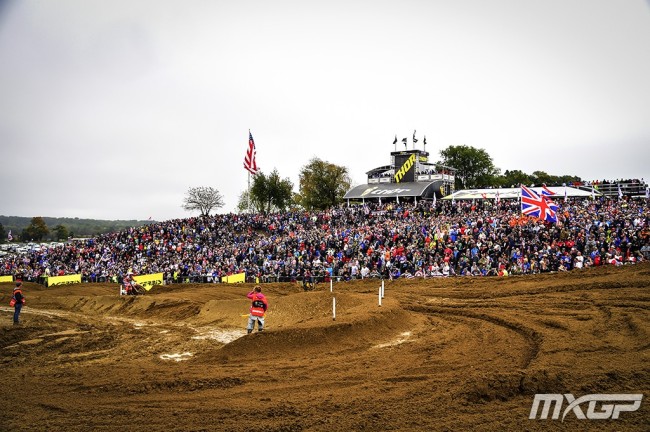 It was a watershed moment for the world championship at Red Bud. We all knew how high the level was outside the USA but America refused to believe it. Now, they have no choice, they have to sit up and take notice of the number one motocross championship in the world. The truth is finally out after GP riders dominated the Americans on their home soil in front of their own fans at Red Bud.

The cracks began to show when Ryan Villopoto didn’t dominate the world championship as many US fans had predicted, US media had been calling him the best rider in the world for years but it was Antonio Cairoli who was the real world champion and he beat Villopoto more often than not in those first four fleeting rounds that Villopoto raced.

Once again it was the versatility and adaption to different tracks that seemed to take Villopoto by surprise as he realised winning the MXoN with team USA was much easier than winning an individual world title, at the MXoN America are taking on countries not team Europe as they would have you believe – if they did, the USA would have a lot less wins!

The truth was out back in 2015 but the US media made so many excuses and quickly lost interest in the world championship, returning their focus on AMA racing, some clued-in US fans realised the reality but many continued to bury their heads in the sand.

Now even the MXoN is proving more difficult for America, despite the advantage it gives them. And at Red Bud even the media didn’t disguise or twist what the thousands of US fans saw with their own eyes. MXGP riders are not slow, they aren’t the B series, they are the measuring stick for being the best motocross riders in the world.

Herlings showed why is the world champ at Red Bud in front of the US fans and Eli Tomac. Pic: Doug Turney

And it was wasn’t just Herlings, who proved to America what the world already knew, he was the fastest man on the planet. The most impressive thing about the weekend was the performance of rest of the GP contingent.

Riders inside and outside of the top ten in MXGP showed just how fast they were, riders like Glenn Coldenhoff rode superb, Alex Lupino too was very impressive. Tony Cairoli showed how fast he still was at 33 years old, Tommy Searle was beating Eli Tomac straight up until his bike expired, and even Jordi Tixier was on the pace, even in the final moto on a stock engine!

The under-estimated MX2 class also showed their worth to the doubting American fans and media. Prado, unbelievably discounted as a race-winning threat because it was just presumed Plessinger and Ferrandis would runaway with it, not only beat Plessinger but also Tomac in a blistering first moto that saw the 17 year -old lead the world for nearly 20 minutes – he wouldn’t even give Herlings an inch. This kid is a special talent, his technique is superb, he makes brilliant decisions under pressure and takes everything in his stride.

But it wasn’t just Prado, Hunter Lawrence, last year’s MX2 winner showed Geico Honda what they are getting ( and they still don’t realise the pace of his wee brother Jett) and Ben Watson made it a three-way battle in moto two with a performance that underlined just how talented the humble Brit is.

After the race the the GP riders allowed their frustration at the perceived  lack of respect and coverage in America to come out.

Cairoli said: This [the results] is good for European motocross and we are proud of our series. Thanks to everybody and to Youthstream for organising a great event again.”

Paulin said: “I think the biggest challenge was today in America (of all French wins) all the European guys put in great rides, the level in MXGP this year has been that strong.”

While Prado said: “It looks like the Europeans showed they were the fastest this weekend so I am really happy about that too! It’s cool to see the Europeans we have a good level and that’s pretty important for the future.“

Does this mean the US riders are no good? Of course not, they are still brilliant riders, but they race in the American bubble, where it’s all about supercross which they excel at and even their outdoor series is unique, full of similar loamy wide, full-throttle tracks. Yes, they are very, very quick on those tracks but they just don’t have a lot of versatility outdoors and the mx series isn’t their priority.

Dylan Ferrandis offered his insight into the difference of both series in an interview with Steve Matthes, “I’m not shocked ( USA didn’t make podium) I watch the GP, I come from the GP, I know what the guys do there. It’s not like here in America, every weekend we enjoy the good condition, it’s more fun. In the GP the tracks are really tough and difficult. It’s every weekend, Saturday and Sunday, there is is many, many different conditions, I think that’s why the GP guys are more used to riding in every condition.”

At beginning of the weekend an American fan asked me which rider Jeffrey Herlings was out on track, and what country was he from, he also didn’t know about Cairoli. Another fan almost in disbelief asked his buddy, “ do you really watch GPs?”

But by the end of the weekend, US fans had seen reality, with one simply saying, “it’s official, the Europeans are better than the Americans at motocross.”

Now with mutual respect abundant amongst fans, let’s see if the US media can finally give the world championship the same level of coverage as AMA racing – the real sign of respect for the world’s number one motocross championship. Or will they continue to give it low coverage to, in the words of Giuseppe Luongo, “protect their own series.”