Ragni and Gruebel on Herlings contract extension and KTM support 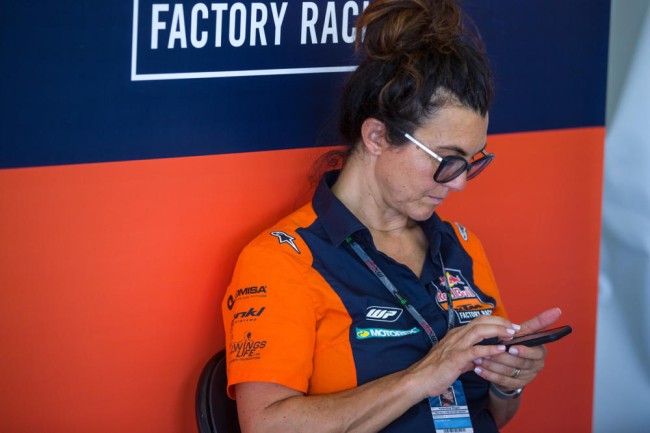 The news was a big boost as last June the Italian side of KTM also agreed a deal with MX2 World Champ, Jorge Prado until the end of the 2023 season as well. Both Herlings and Prado are regarded as the biggest talents in the paddock by many so for KTM to have them both locked down until 2023 is great news for the future as far as they’re concerned.

Valentina Ragni (Red Bull KTM team coordinator) recently spoke to Motorsport.nl about Herlings contract extension. “You are always a bit afraid of it (Herlings going to another team). That is why I told Pit Beirer at the end of last season to hurry. It is nice for Jeffrey that this is now out of the way and that he doesn’t have to worry about other possible offers. Of course there are large teams in the paddock who can give him the same treatment and good equipment. But he has to rebuild it all over again. Jeffrey has a very small group of people he trusts and works with and it will take you a while to recreate that situation with a new team”, Ragni told Tim Gerth from Motorsport.nl.

Dirk Gruebel, the team manager of the Austrian side of KTM is also a happy man that Herlings signed a contract extension with the manufacture. “It’s perfect for us this way. Then it is not in his head and he does not have to talk to other teams”.

It’s no big secret that the past few years that KTM have increased their budget in MotoGP and have made a big push in the short circuit scene but both Gruebel and Ragni are happy with how they’re being supported by KTM.  “Of course there is a lot of investment in MotoGP but we still know where we come from. We also know what we have here”, Gruebel stated.