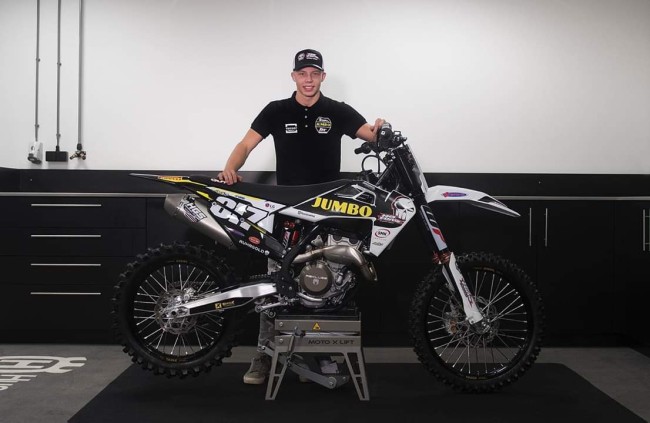 Raf Meuwissen announced earlier in the week that he’s left the Maddii Husqvarna team and his plans for 2020 have now been confirmed.

The Dutch talent has inked a deal with the BT Racing team which will see him stay with Husqvarna machinery.

The BT Racing team focused on the EMX125 series this year but will now run an EMX250 rider in Meuwissen.

It will be Meuwissen’s second year in the class and he’ll be hoping to stay away from injuries to show his full potential in the EMX250 series.

“I’ve signed a deal with the BT NoFear Racing Team. I’m really happy with this opportunity I get from them, last year has been difficult with more injuries but I’m getting ready for 2020 now. I learned a lot with Maddii and I’m thankful for that. I will ride the full EMX250, Dutch Masters and some MX2 races as well”, Meuwissen told GateDrop.com.

We are happy to announce Dutch talent Raf Meeuwissen signed for the 2020 season! Raf will compete in the EMX250 class on…