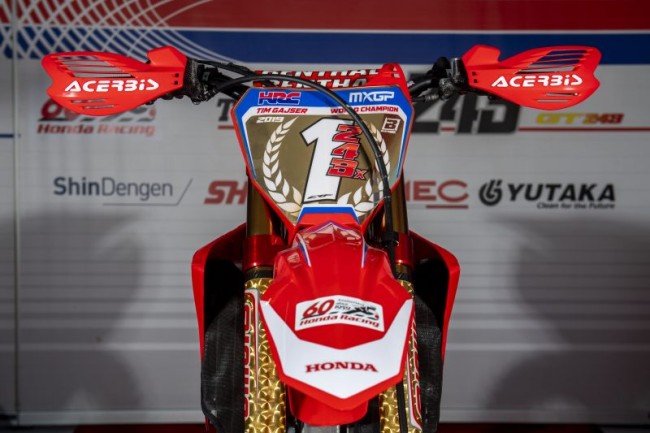 Technical track: The track wasn’t everybody’s favourites with Jorge Prado calling it, “sketchy,” but it did provide great racing with lots of battles throughout the field as they took advantage of different options while battling traction. It took a lot of concentration and the ruts on the straights were not the safest, but it was a good improvement on last year’s track.

Team GB in turmoil: It was a disastrous race for the British MXDN team who looked very capable of a podium with Anstie, Watson and Simpson. Only Simpson made it two Sunday and he DNF’d both motos!

With Anstie out for the rest of the GP campaign, it is almost certain he won’t make Assen, but fortunately Tommy Searle hit form with a sixth, and Nathan Watson also showed good speed in the sand in the Belgium championship. Meanwhile Adam Sterry is the favourite to take the MX2 spot after Watson broke his wrist in warm-up on Sunday, so at least there some good options available to take over.

Gajser’s title joy: It was great to see the raw emotion from Tim Gajser when he crossed the line to win his third world title. He won the last two in the States but this time, in Italy, his many Slovenian fans were able to make the trip and enjoy seeing their hero win the MXGP world championship in person. Gajser’s joy showed just how much sacrifice, dedication and desire goes into winning a world title, it is everything for these guys and the two years of pain, injury and frustration clearly made this title even sweeter for Tim and the entire HRC Honda team.