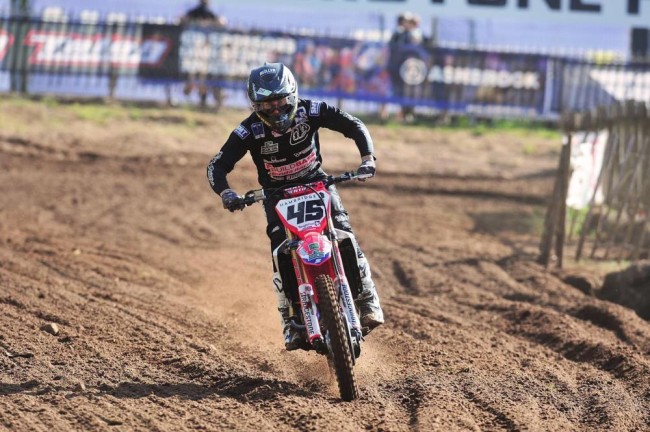 It the first fastest 40 race at the opening round of the MX National series at Hawkstone Park it was Jake Nicholls who won on his Buildbase Honda ahead of Harri Kullas and his team mate Tommy Searle. With Dylan Walsh finishing fourth it meant the first four riders were all Honda’s! Belgian’s Brent Van Doninck rounded out the top five ahead of experienced Russian, Evgeny Bobryshev with Martin Barr coming home in eighth.

In the MX2 class it was close! Ashton Dickinson crossed the line in twelfth as the first 250cc rider across the line with Josh Gilbert in hot pursuit – less than a second separated them!

In the second moto it was Dylan Walsh who held the early lead and he stayed at the front for a number of laps – considering he didn’t even have a ride two weeks ago, that’s impressive! Belgian’s Brent Van Doninck passed Walsh for the lead on the ASA United Husqvarna and never looked back as he went onto win moto two. Walsh made a mistake on the last lap which dropped him back to sixth.

Nicholls who won the first moto backed it up with a solid fourth in race two which was good enough to give him the overall victory. It was a Buidbase Honda 1-2 on the day as Searle edged out Harri Kullas to finish second overall.

In the MX2 class, Josh Gilbert made up for losing out in the first moto with a victory in the second race ahead of Buildbase Honda’s, Steven Clarke. 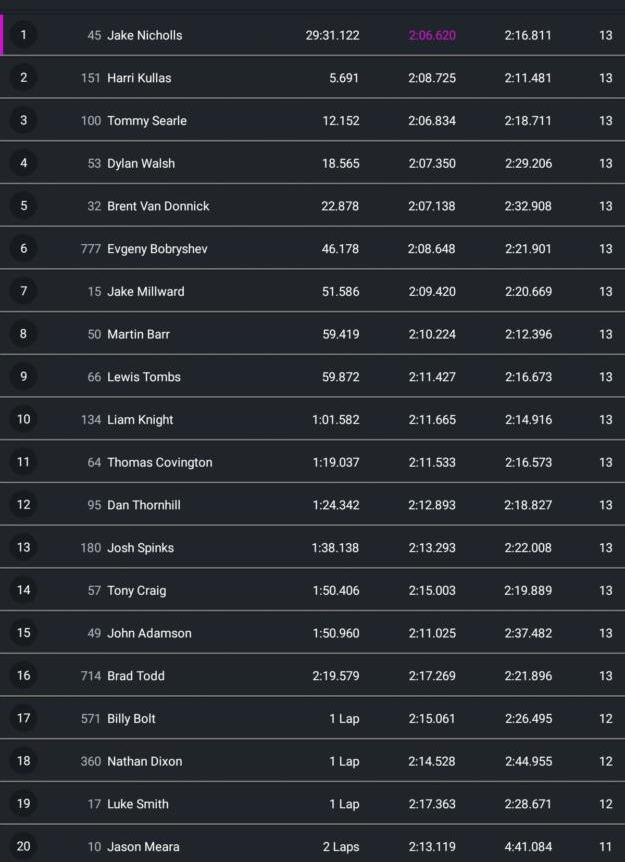 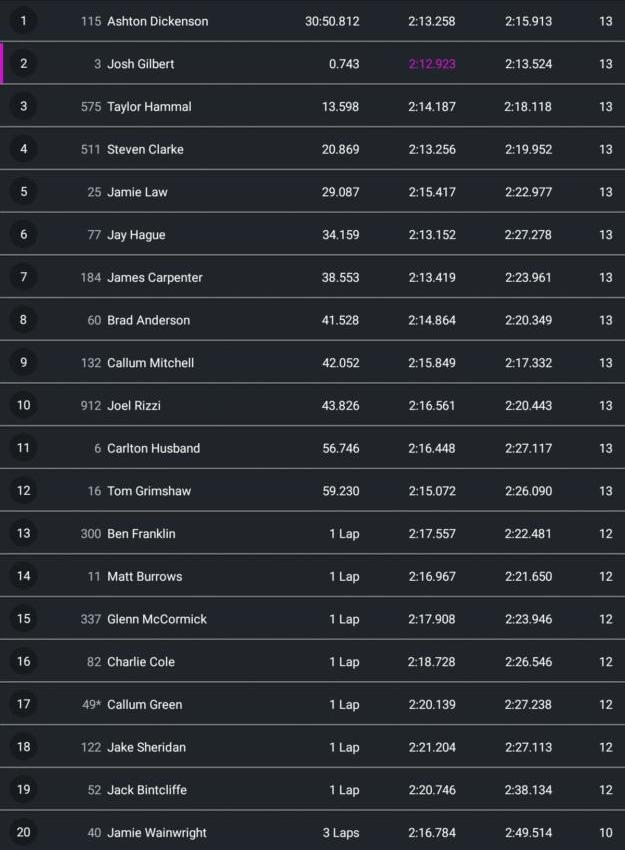 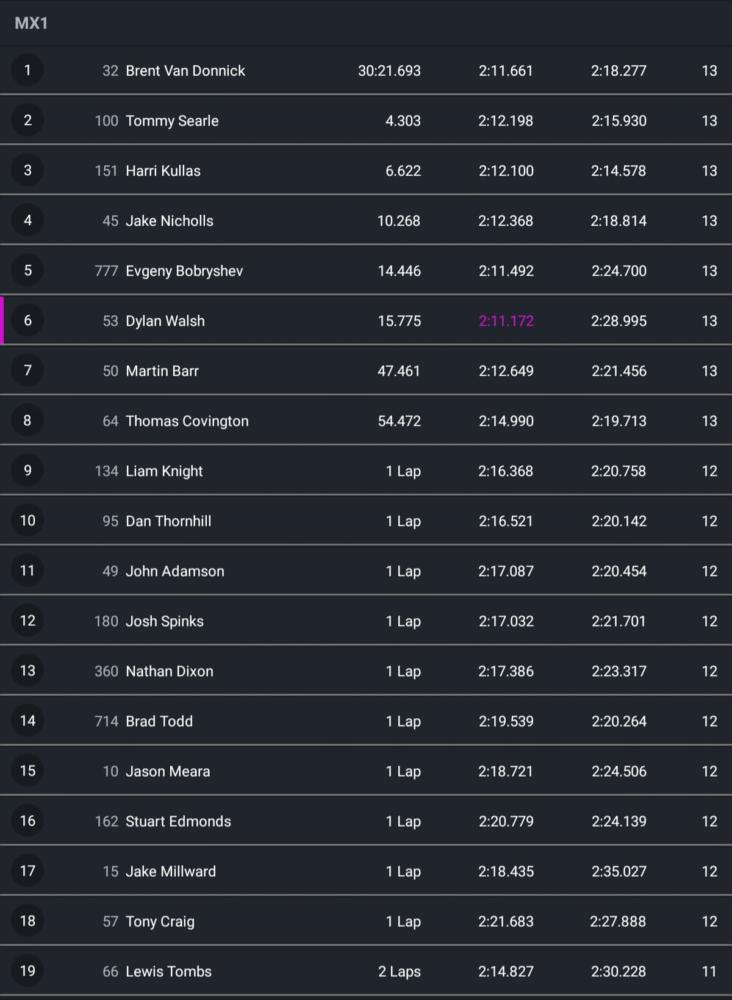 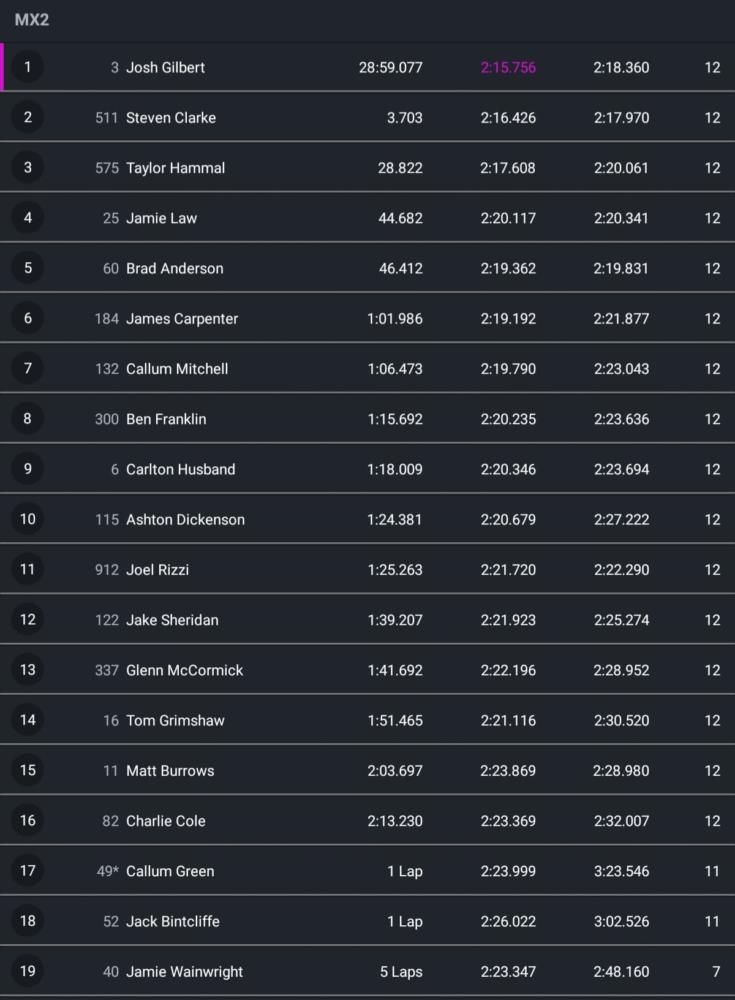