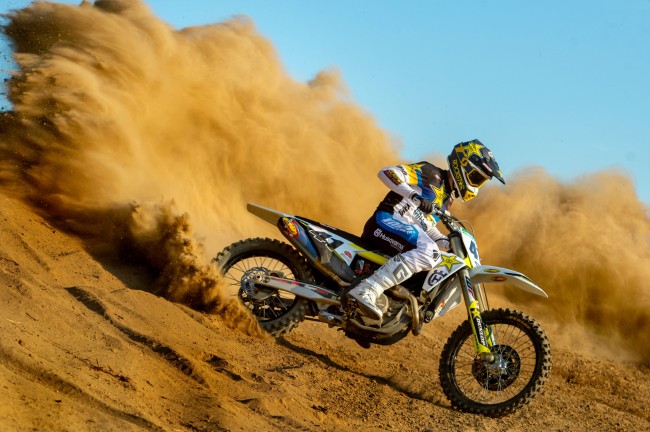 Pauls Jonass has spent his lockdown back home in Latvia but has had no problems putting in the laps as he has around fifteen tracks all within one hour from his house so he’s been enjoying spending his time back in his home country. The Latvian is planning on heading back to Belgium in a few weeks were he’ll join the rest of the Ice One Husqvarna team.

Lisa Leyland and Paul Malin recently caught up with the likeable Latvian to discuss the start of the season, his rookie season in MXGP and more.

On the first two GP’s of the year..

“I think the speed was there, the speed was not a problem. I just kept crashing a little too much, at Matterley I crashed in both moto’s and Valkenswaard I also crashed both moto’s. That was really disappointing and the results for sure didn’t show what I’m capable of. I’m really excited to start racing and hopefully we can get back racing soon. It’s possible (that I was trying to hard), the first rounds the nerves are quite high and you want to do the best”.

On his rookie season..

“Sweden I think was one of my best weekends. I really enjoy everything there with the track, it’s really good. All the years I raced there I done pretty well and last year it was one of my best. I did have another few podium’s but it was Sweden I felt that I really deserved it. I had an ACL operation before the season so going to Argentina I only had one month bike time. Going into the MXGP class you have to be 100% ready and at your best to do a good result. That’s why I think you could see coming closer to the end of the season you could see me in my zone with my normal speed and normal fitness which I was doing in the MX2 class”.

Winning MX2 title and if the plan has changed in MXGP..

“One of the best days of my life, I’ll never forget it. Once in a while I still watch the video’s from the celebrations they had after. You work all your life to achieve that and when you do it, it’s a nice relief and feels really amazing.  I would say in MX2 there weren’t so many good guys who can win every moto. In the MXGP class there’s 10 or 15 guys who can be in the top three but the plan hasn’t changed so much. I always want to win if there’s a possibility but for sure in MXGP you have to be smarter and don’t go over your limit. It’s easy to lose a lot of points in one moto like I’ve done in the past and those mistakes you need to stop to be able to win a title”.