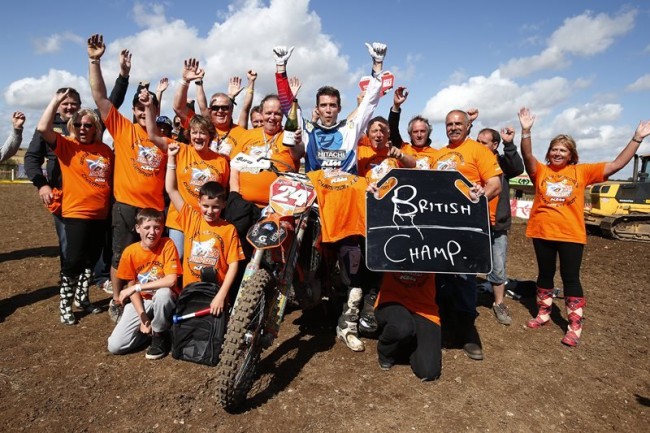 This year the media coverage for the 2016 Maxxis ACU British Motocross Championship supported by Pro Clean is expected to be bigger and better than ever with a new addition to the media team in the form of Amy Henry, a highly acclaimed TV personality and presenter.

Whilst Amy will be the fresh new face of the Maxxis, the familiar Paul Malin will remain on commentary and will also take part in some TV work for Eurosport across the season. Amy knows Motocross inside out and has been passionate about it since a very early age. She even rides a dirt-bike herself! She presented for Pirelli at Autosport in 2016, and has presented for The Inside Line on Motors TV.

Most recently, she has presented a tribute for the cast of Only Fools and Horses and also presents for the Heritage Foundation for a number of events throughout the year raising money for the Bomber Command. While Amy is not behind the camera, she studies Acting, Performing Arts and Media.

Amy Henry will be part of the TV coverage for the the British motocross championship.

The bubbly twenty-two year old is very comfortable in front of a camera and with her knowledge and love for Motocross, it was a no-brainer in selecting her to be the face of the Maxxis ACU British Motocross Championship in 2016.

As for Paul Malin, the name says it all. If you followed British Motocross in the 90’s, you will know he was one of the best riders of his era arguably best known for his unforgettable performance at the Motocross des Nations in Switzerland 1994 where he won as an individual and for Great Britain. In addition to achieving something that most riders can only dream of, Paul known to his fans as ‘Maler’, won three British Motocross titles, two on a 125cc and one on a 250cc, and was the vice FIM Motocross World Champion in the 125cc class back in 1996.

Nowadays, if you follow Motocross, you will recognize Paul as ‘the voice’ of MXGP, the FIM Motocross World Championship, a role which has seen him broadcasted on world renowned television networks Motors TV, Eurosport and CBS Sports Network, as well as MXGP’s own broadcasting platform www.mxgp-tv.com, or you will find him in magazines as a test rider for many top brands and labels. Stuart Drummond, the ACUE Championship Series Manager commented, “To have Paul and Amy involved to assist with the delivery of the Maxxis ACU British Motocross Championship on Eurosport is a big plus. Between Paul and Amy they have a vast knowledge of Motocross. They are both passionate about the sport which comes across loud and clear when they are in front of the TV camera’. – See more at: http://www.mxgb.co.uk/article.php?id=926#sthash.3GTl9iex.dpuf