Olsson and Sydow in for Loket GP 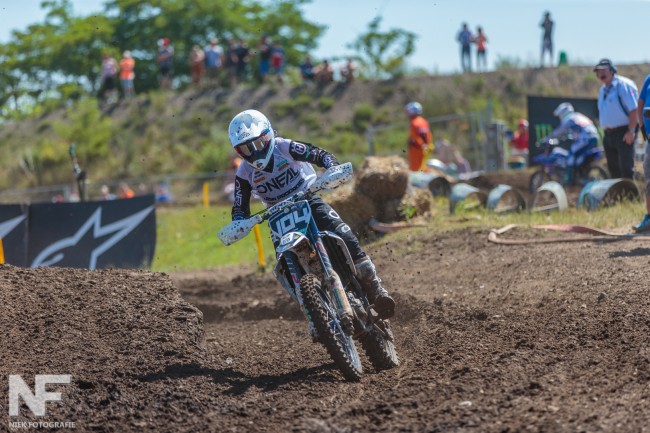 Davy Pootjes won’t be the only DIGA-Procross Husqvarna rider in action this weekend as his EMX250 team mates will join him in the MX2 World Championship.

The team have decided to give both Filip Olsson and Jeremy Sydow a go at racing the MX2 World Championship at the Czech round of the series as there’s a break in the EMX250 calendar.

“My plan is to do MX2 next year so I want to get some of that MX2 feeling already.  My goal is to ride two consistent motos this weekend in Loket. My starts are also important at this track so I try to do them good and we will see what’s possible. I really want to thank my whole team and all my sponsors that they made it possible to start in Loket,” Sydow commented.

“We just decided that we want to do a GP this year and Loket was good in the calendar because Jeremy and Davy were already planed to race there, it meant the team was already going there. I don’t really have any expectations, I just want to ride my best and have lots of fun. I would like to thank my team for making this trip to Loket real, my mechanic for all help and everyone else who stays behind me,” said Olsson.