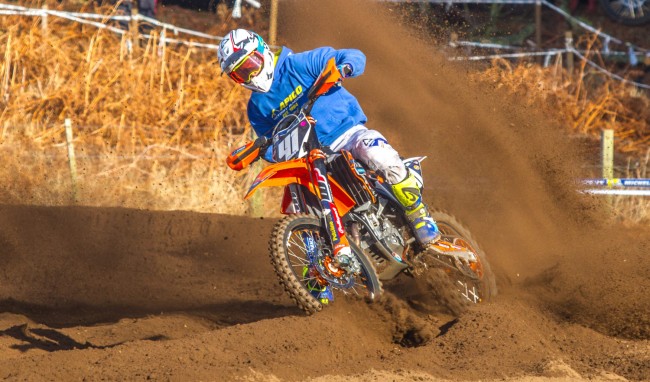 Hitachi KTM fuelled by Milwaukee are pleased to announce that Alexander Brown will compete for the Team at all MX2 GPs in Europe and the MX2 British Motocross Championship rounds until the end of the 2019 season, even when Conrad Mewse returns from injury. Alexander’s first event for the Team will be this weekend’s GP at Agueda, Portugal.

The Team are greatly indebted to Dylan of Apico for the understanding and true sportsmanship in allowing Alexander to ride for the Hitachi KTM fuelled by Milwaukee Team at such short notice.

Alexander Brown said: “First off all I want to thank Roger and the whole Hitachi KTM fuelled by Milwaukee Team for giving me this opportunity. It’s all happened very fast this week, but I’ll be on the line for my first ever MX2 GP in Portugal this weekend. I am really excited to race against the best in the World. I would like to take this opportunity to thank Dylan Brown from Apico factory Racing for his support over the last few years and for helping me get this far in my career.

“I would also like to thank Putoline, Bryan Mackenzie, Talon Engineering, FTR suspension, Dyce Carriers and Drysdsle Motorcycles and everyone else who has helped me get this level. I am over the moon!”