No B Final for Ireland – qualify nineteenth 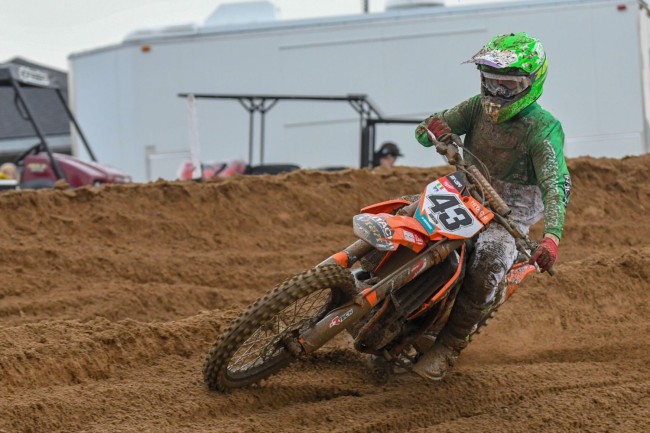 The Irish team had been hit with two injuries coming into the Motocross Des Nations at RedBud with Graeme Irwin and Stuart Edmonds being forced to miss the event through injury.

Due to the injuries Gary Gibson (MXGP) and Richard Bird (Open) were the riders selected by team manager, Philip McCullough to fill the void left in the team and partner Martin Barr (MX2).

It was Gary Gibson who was up first in the MXGP class and he put in a great result on his Hitachi KTM UK machine. It always good if the first rider can put in a good result to take the pressure of his team mates and that’s exactly what Gibson done as he came home in fourteenth in a very competitive MXGP class. Gibson came home in fourteenth and beat some big names in the likes of Cody Cooper, Vaclav Kovar and Colton Facciotti to name just a few.

Next up was Martin Barr as he’s competing in the MX2 class on his Revo Husqvarna. Barr took a decent start as he was in thirteenth at the of the opening lap. Battling with the likes of Ryan Sipes and Hardi Roosiorg throughout the moto, Barr was able to bring home a fifteenth position to put Ireland in with a great chance of qualifying.

Last but not least was Richard Bird who only got the call last week that he’d be representing Ireland at the event. It was Bird’s determined ride that got us through into the main event. Bird came home in twenty-third after a crash when running inside the top twenty. His ride meant Ireland ended up nineteenth overall. If Bird had dropped a few more positions then the Ukrainians could have progressed.