Nichols and Ferrandis on round two 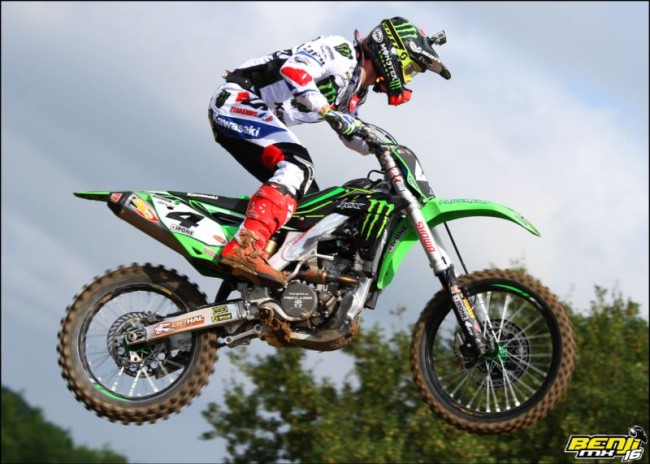 Nichols got the night off to a great start with a heat win aboard his Yamaha YZ250F. He was hoping to repeat that in the main, but the track conditions tested a rider’s patience and the 24yr old made a few mistakes trying to push for the win. At the end of the day, Nichols was rewarded with an important points haul, giving him a five-point lead in the 250SX West title chase.

Unfortunately for his teammate Dylan Ferrandis, the challenging conditions made for a disappointing round two. The Frenchman started the day looking like the man to beat, showing a lot of speed and topping the time charts in qualifying. Ferrandis got a decent start, but had a big crash that ended his hopes of a repeat podium finish. Still, he never gave up and fought his way back to sixth to score valuable championship points.

The Monster Energy/Star/ Yamaha Racing team returns to Anaheim, California, next Saturday, January 19, for round 3 of the Monster Energy AMA Supercross Championship at Angels Stadium of Anaheim.

Wil Hahn
Monster Energy/Star/ Yamaha Racing Team Manager
“I think tonight still went well for us. If second and sixth is our “bad night,” we can regroup from this weekend and get both guys back fighting for wins. We know what to work on for next week and we will come out firing at Anaheim 2 for the Triple Crown.”

Colt Nichols
Monster Energy/Star/ Yamaha Racing
“The bike was great. It felt really, really good all day. We made a few changes to the suspension before the night program and that helped a lot. The track was just so dry and you had to be really, really patient. I was trying not to rush everything, but sometimes I kind of rushed it and made a few little mistakes. That’s all right though. I still salvaged a second, so I’m really happy to leave with the points lead and will get ready for next weekend.”

Dylan Ferrandis
Monster Energy/Star/ Yamaha Racing
“The track was slippery but it was a good layout. The bike was awesome. I felt I had the speed for a good result, but I crashed hard in the race. I worked hard to regain some points in the championship, but it was a disappointing night. I’m not happy with sixth.”