New team for Lapucci – steps up to the 450cc 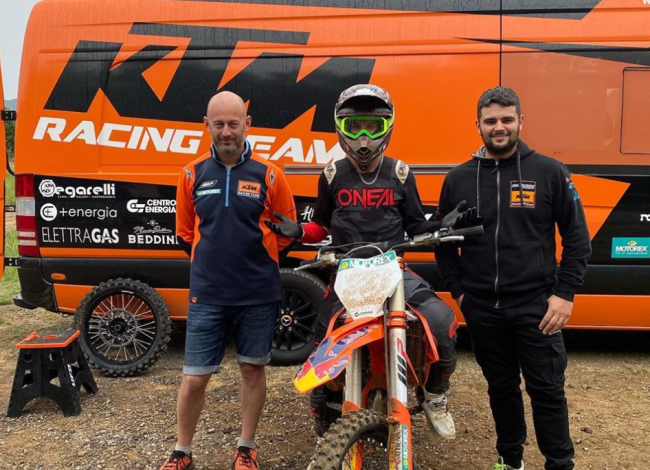 Lapucci has been with a number of teams in the past but will be hoping things click for him at the the Beddini KTM team. The Italian joins up with Joakin Furbetta under the teams awning. Lapucci has decided to step up to race the 450cc and will race some MXGP World Championship races as a wildcard.

Nicholas Lapucci: I’m really happy to join KTM Beddini racing for the upcoming 2020 season because they are really positive and professional. We talked to make a deal after the Netherlands and finally we made it. We did a big change, we switched from 250 to 450, this is a big and important move to me but I’m really pumped after the first test with the new bike. I’ll join Italian championship, some MXGP races and SX too. The expectations are to give my best in all the races, to improve my experience with “big boys” and to have fun. I wanna say a big thank you to the whole team, Dario (team manager, Paolo Mencacci of KTM racestore, KTM Italy for the trust given. Hope to pay them back with good results and satisfaction.

Dario Beddini – Team Manager: “I had been thinking about completing the team with a second rider for some time and as soon as the opportunity presented itself we took it. This project was born from the collaboration with Paolo Mencacci of the KTM Racestore team and with the support of KTM Italia. Nicholas is a talented young man and together we will face the transition to the premier class. I am happy that Joakin now has a teammate and I am convinced that together they will be able to grow and give us satisfaction.