New dates for the MXGP of Italy & MXGP of Germany 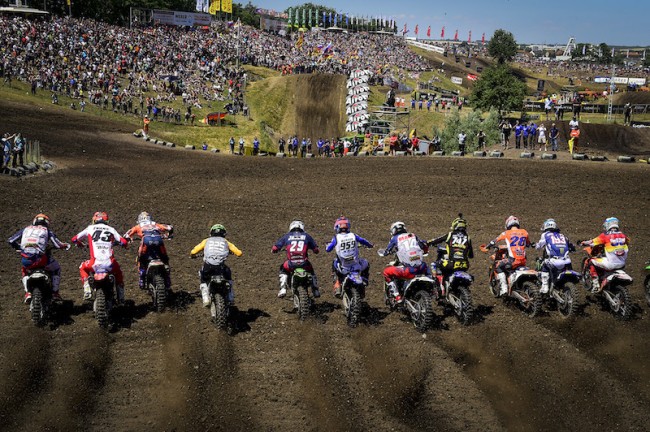 Infront Moto Racing would like to inform that there have been further changes made to the 2020 MXGP racing calendar.

With the current pandemic of the coronavirus, these changes have been vital in order to ensure the health and safety of the staff, teams, riders and fans. Infront Moto Racing along with the FIM, FIM Europe and the local organisers are working hard in order to preserve the FIM Motocross World Championship calendar as much as possible.

The FIM Motocross World Championship is planning to return with the MXGP of Russia taking place at the impressive Orlyonok venue on the 7th of June 2020. We would like to thank you for your understanding and cooperation during this time. 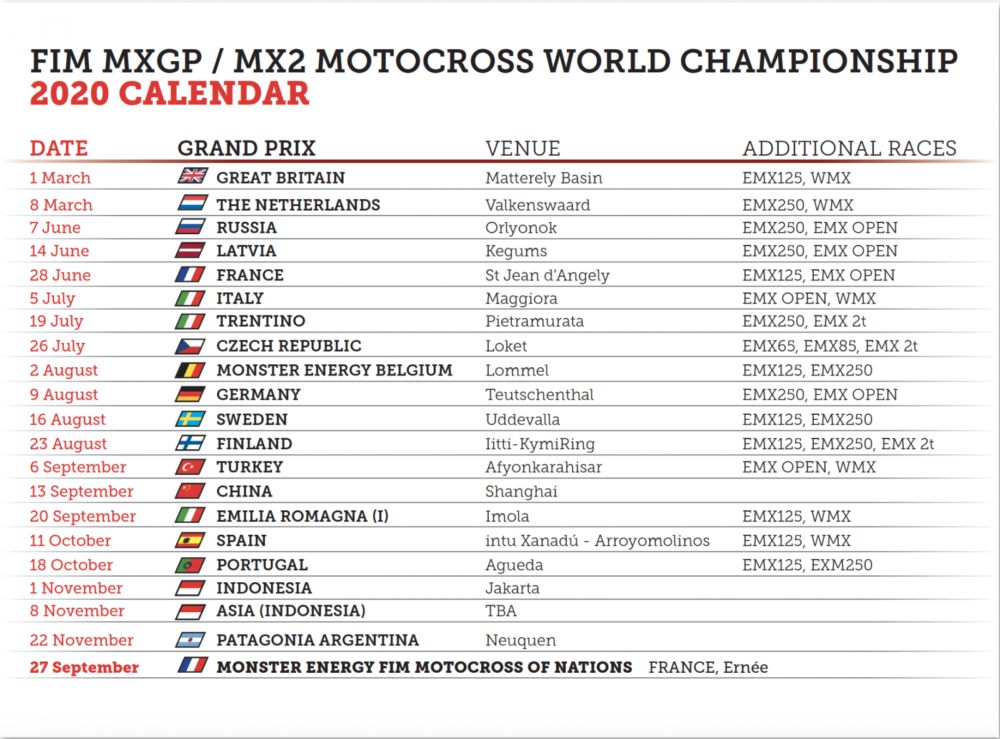