MX2 & MXGP: Who impressed in Loket? 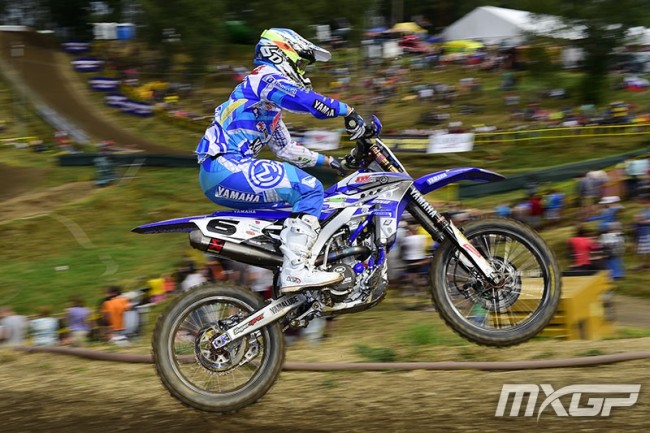 MXGP headed to Loket in Czech Republic for the thirteenth round of the motocross world championship and there were some surprises in store. We will take a look at the riders that impressed during the course of the weekend.

It was pretty clear to see that Valentin Guillod was the fastest rider in the MX2 class in Loket. He is very confident at the moment and it looks as though he can put the Yamaha anywhere he likes! If it wasn’t for a crash in the second moto then he definitely had the speed to win both moto’s this weekend but it was still a good weekend because he now has the exact same points as Tim Gajser in the championship, the championship race is on between these two guys!

It was so close to being the perfect weekend for Max Anstie but a big crash in the second moto potentially cost him a GP win! He cruised to victory in the first moto and was leading the second moto before a nasty crash but it was still an impressive weekend for the Brit. It’s never surprising to see Max at the front in a sand race but too see him riding like that in hard pack is encouraging and he will know that he will be able to win a hard pack GP in future!

A rookie in the class surprised a lot of people, Benoit Paturel seemed to love the conditions and backed up his brilliant third place in the qualifying race. A sixth and a fourth in the motos on Sunday meant he ended up fourth overall which is a brilliant result for Benoit and the Kemea Yamaha team. He was all over Jonass in the second moto and if he had of passed him he would have got an overall podium – he was close. Benoit has had a great rookie year so far, he could be a consistent top five rider in 2016 so look out for him!

It was Petar Petrov’s first race back after a shoulder injury and he was impressive on his return ride. He got two average starts but worked his way into sixth place in both the moto’s which was a strong showing from the Bulgarian. As he keeps getting used to the Monster Energy Kawasaki he should keep improving, he will also be fast at the sand races coming up so don’t be too surprised if he gets himself on the overall podium before the end of the season. Petar signed a two year deal to stay with the team earlier in the week so he hasn’t got to worry about landing himself a ride next year.

A shout out to Pauls Jonass who ended up second overall, he is having a great season and is still in contention to win the title. It looks as though KTM have signed a championship contender for the next few years!

What a season Romain Febvre is having! Who would have thought this before the start of the season? Romain is pretty much unbeatable at the moment! He is so in control and looks as though he can put the bike anywhere he wants. It’s good that some sand races are coming up, it should be a lot closer and make some good racing whilst Romain will be able to improve his skills in the sand without too much pressure as he has a massive points lead over Paulin.

The closest challenger to Romain this weekend was Russian, Evgeny Bobryshev. The Russian had a slow start to the season but has really upped his pace since Valkenswaard and we are starting to see a smarter rider in him this year. Working with JMB has seemed to really help him as he is a lot smoother than in previous years – something I am sure JMB would have wanted to see so that is very encouraging. Bobby is now fourth in the championship, I am sure he will be pleased with that as a lot of people seemed to write him off last year – he had a point to prove and so far he is proving it!

Belgian, Clement Desalle made his return to MXGP racing this weekend and it was an encouraging return for him. Before the GP, Clement said he felt okay on the bike but only had a few days on the bike. I was expecting him to get two solid top ten results but he did even better than that! He was able to finish both moto’s in third place and end up on the podium, he loves finishing on the podium around Loket – a track he seems to love. He was able to fight with Romain at the start of the second moto, hopefully when Clement is 100% fit again he will be able to win a GP this year!

It was the best GP ever for Nathan Watson at the weekend! Two brilliant tenth places meant he ended up tenth overall. Nathan said he wanted to finish in the top ten as soon as possible and it didn’t take him long. It’s great to see him putting these kind of performances in as it will then be more likely that ICE ONE will keep him for next year. Nathan is a rider with great potential and is starting to really improve his hard pack riding!