Musquin on the success of KTM in America 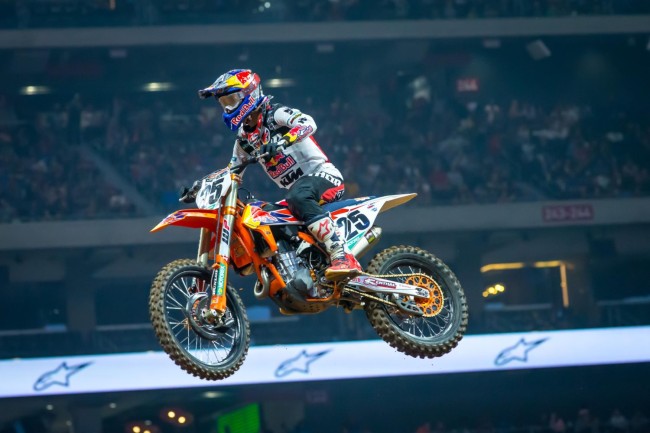 It was a fantastic weekend for KTM with a clean sweep of the 450 podium in America and then taking both class wins at the opening round of the World motocross championship in Argentina.

Speaking about their success in the States, Marvin Musquin explained the philosophy that KTM adhere to in order to become the leading brand in supercross and motocross.

“If you look back I have been racing for KTM for ten years in maybe a couple of months from 2009.” (Musquin switched from Honda mid-season in 2009 when he was leading the MX2 world championship),” commented Musquin on his personal decade long history with the brand.

“If you look back from where they have come it’s very impressive, they were dominating in Europe in the GPs, then they made a big switch to America with Ryan Dungey and myself and even Ken Roczen. They have done a lot of work and you see with their production bike and the factory edition bike, everything they do they try to be ahead of everyone. Even almost ten years ago I already had an electric start on my bike and other brands are just starting to have one now! Little details like that shows you how KTM is very strong and try to be ahead of everybody.”

“It’s very impressive to see,” continued Musquin, “they provide us with great product and a good atmosphere in the team and good power, so yeah, very proud to put KTM on the podium (clean sweep).”