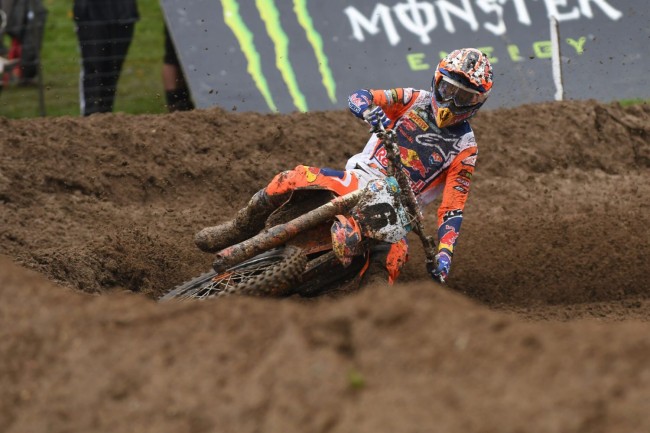 The Dutch went to the gate with only one rider in the second moto as Calvin Vlaanderen damaged his eye in the first moto and was deemed unfit to ride. It meant Glenn Coldenhoff was the only rider for the Dutch but he didn’t disappoint as he dominated the open and MX2 moto.

Jorge Prado held the second spot for most the moto but then came under pressure from Hunter Lawrence and Ben Watson. Lawrence found his way around to come home in second and won the MX2 moto. Prado came home in third ahead of Watson to secure his win in the MX2 class.

Jeremy Van Horebeek didn’t get a good start but came back to finish sixth. Dylan Ferrandis was looking good but had a small crash and remounted in eighth ahead of Justin Barcia who suffered from a bad start.

Aaron Plessinger didn’t have a good race as he came home in sixteenth just edging out Martin Barr who rode well for seventeenth and ended up seventh overall – a superb event from the Revo Husqvarna rider.

Australia hold the Nations lead heading into the final moto – can they hold on for the win? What a story that would be!