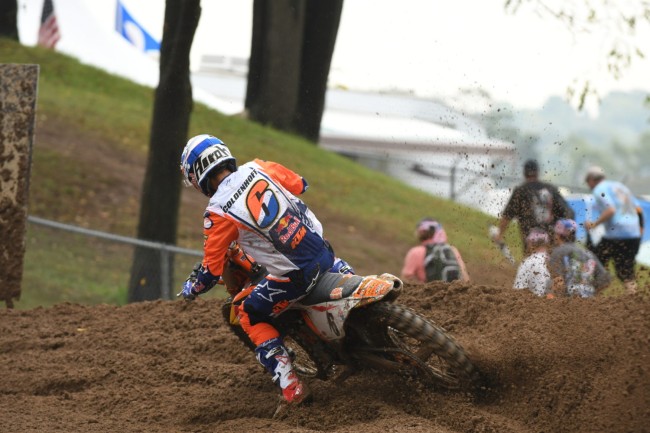 Glenn Coldenhoff and Jeffrey Herlings went 1-2 during the last moto at RedBud. However, with Calvin Vlaandern picking up a DNF in the first moto and then not racing the second moto due to eye damage, it wasn’t enough for the Netherlands to win but they did get on the box!

Antonio Carioli was looking good during the first half of the moto but then threw away his goggles. Gautier Paulin came home in third with Tixier in fifteenth which means the French have won the event for the sixth time in a row.