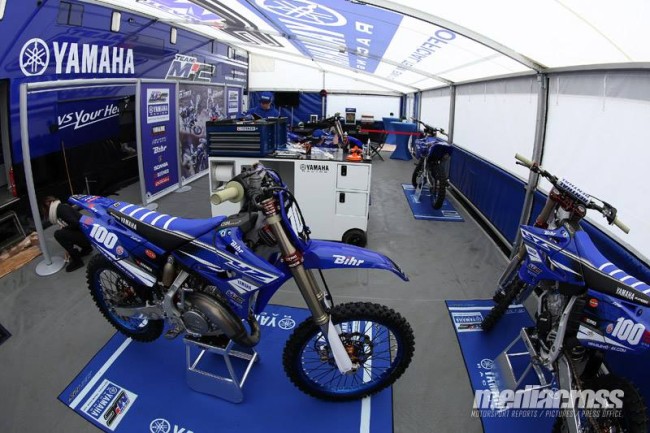 Florian Miot has agreed a deal with the MJC Yamaha team for the 2019 season which will see him staying on the 125cc and contesting the EMX125 series.

The young French talent showed us glimpes of what he could do this year as he finished seventeenth in the championship. However, he finished the season strongly by finishing second in the final moto of the season.

The MJC Yamaha team enjoy working with the younger riders and will be hoping to transform Miot into a top five rider in the class. As well as the EMX125 series, Miot will also contest the Dutch Masters and ADAC 125 Championships in 2019.

Florian’s brother, Matheo has already confirmed his plans for the upcoming season as he’ll move up to the EMX250 Championship with the Junior Diga KTM team.

With regards to the MJC Yamaha team, they will keep EMX125 Champion, Thibault Bénistant for the 2019 season as he moves up to the EMX250 class.

“It’s already been several years that I’ve watched this team, a lot of good riders came here thanks to the team being so good. When I had my chance to integrate into structure I didn’t hesitate. I have signed with Yamaha Europe for 3 years in the official structure at the MJC Yamaha team.  If I achieve my goals in 2019 on the 125cc I will go directly onto the 250cc in 2020 – otherwise I will make that step in 2021.

I first want to thank all the people who have helped and supported me over the last years and especially my parents. A massive thanks to Loic le Foll (the boss of MJC) for giving me this huge chance and Yamaha for their trust”, Miot commented on the move.