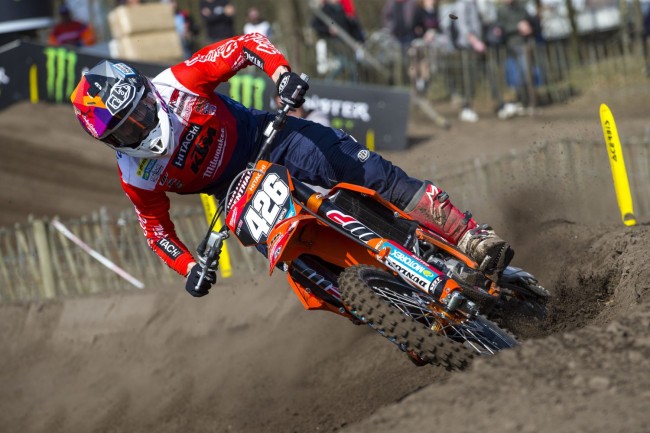 RHL Activities are pleased to announce that they have received confirmation that 2018 British MX2 Championship Champion Conrad Mewse is back on his bike. Hitachi KTM Fulled by Milwaukee Rider Conrad Mewse has been back on his bike on the weekend with plans to ride in the coming days to be ready to race at the final round of the Maxxis ACU British Motocross Championship at Landrake on Sunday 22nd September.

Gareth Hockey, Director of RHL Activities commented, “We have been told that Conrad will be back for the final round at the Battle of the MX British Titles event on September 21st and 22nd. It will be great to have the 2018 British MX2 Champion back to do battle the final round.”