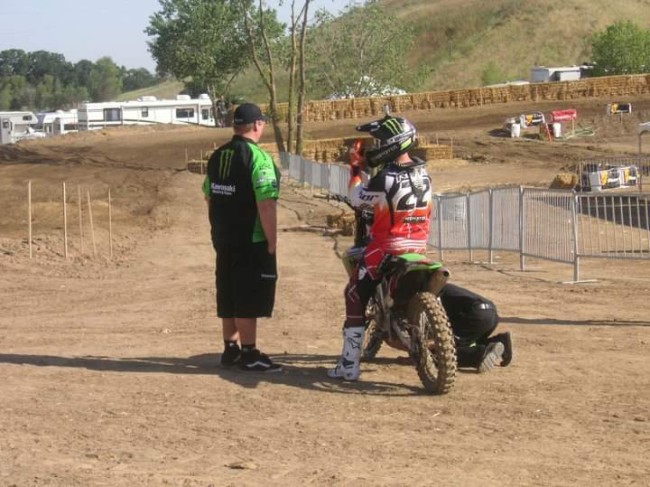 The anticipation was high. It was the first US national I had been to after years of watching them on TV and, as an added bonus, it was the first one of the 2010 US motocross season. It was a bucket list moment that was finally getting ticked off. Ten years on these are my memories of that day.

Ryan Dungey had just come off the supercross title, winning it in his first season. Mike Alessi was riding the revolutionary 350f Chad Reed was back after a tough supercross season, and Eli Tomac was making his debut as a pro. There was the added bonus of seeing former Grand Prix stars, Tommy Searle and Christophe Pourcel in action again ( the last time I saw Pourcel ride was that fateful day he got badly injured at the Irish GP).

Ben Townley was back after a couple of years out with injury and Grand Prix regular, Ken Dycker, was also racing, even if he was right at the back of the pits in a U-haul van roaming around looking for parts, I doubt many Americans knew who he was!

Set across a sprawling hillside, Hangtown is an impressive venue with good viewing on a nice track. Press day allowed the riders to get a feel for the track and some early comparison to their competitors, then the big rigs headed into the town to promote the event amongst the local population – a nice touch that gave also gave me the rare opportunity for a brief interview with supercross champ, Ryan Dungey.

Then it was race day. It all goes much faster than an MXGP event being just a one day format. It has a unique feeling – a mix of going to a British championship but with the racing standard similar to that of a Grand Prix. The riders are out early for intense practice and qualifying then straight into the racing with everyone, by and large, speaking the same language united by the same culture as opposed to the multitude of languages and broken English across the pits for a Grand Prix race. 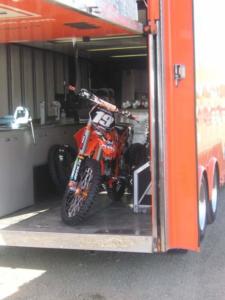 Race one in the 250 class and it was Pourcel and Searle going 1-2 showing they meant business but race two and a DNF meant Searle’s chances were over and Eli Tomac came to the fore, giving everyone a glimpse of that searing speed as he took the moto win and the overall in his debut race! A young kid, he was always had his family around him that day but on the track, he was full of determination and no respecter of reputation.

Going in, Justin Barcia (who couldn’t believe Mike Brown was still racing that day when he was told who number three was) was still the next big thing, his throttle-happy, clutching way of riding was even more evident in person but coming out of the race,  it was Eli Tomac who vaulted himself to the front of the “next big thing” que. Ten years on he is on the cusp of that sought after 450 supercross title and he is America’s best rider.

I remember the 250 racing was very intense, exciting and had a lot depth.  Darryn Durham caught the eye as a privateer running with the factory riders but Pourcel’s style really stood out amongst the hyper aggressive and fast young Americans. Dean Wilson and a very young Max Anstie were also racing so it was a good race to see the young Brits out in the States!

Trey Canard had an up an down day going 7-2  but when I spoke to him after the race, neither of us knew he would go on to be the national 250 champ that year! Canard was indeed the nice guy everyone said he was and gave me far more time than I expected. Classy guy as well as a classy rider. 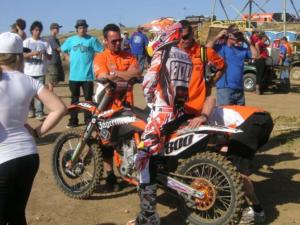 In the 450 class, Ryan Dungey struggled after focusing so much on supercross, it wasn’t quite the performance anyone expected after a lack of testing time – but he would turn that around quickly and go on to become the champ that season! De Dycker did well and was in amongst the top ten but the big story was Alessi and Reed.

Chad Reed won the opening moto on the Kawasaki after a disastrous supercross season but Alessi hit back in race two and won on the 350, however it was Reed with the overall win. Many had been skeptical of the machine but after winning the moto, Alessi went on a long, happy speech in the press conference. Perhaps the moment of the day came next. A bemused Reed, the overall winner, then took the microphone and said, “I won, right?” much laughter ensued as Reed put Alessi in his place!

It would be a rare bright spot in a terrible season for Reed who spent a lot of his time that weekend in his stunningly luxurious (at the time) motorhome, evidence of the bling you can have in the USA if you are as successful as the talented and driven Australian! 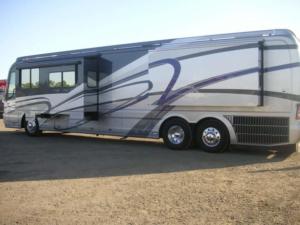 All in all it was a great experience, even if the day is almost over before you know it. There is a different buzz in US racing, it has a different feel to a Grand Prix and if you haven’t yet, it is certainly worth the trip to experience a US national at least once in your lifetime!