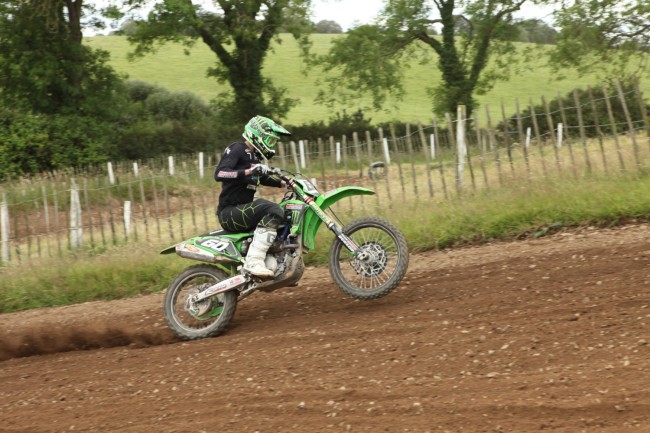 John Meara headed to the final round of the Irish championship at Doon six points down on defending champion Richard Bird – meaning he had to win all three races to win championship if Bird finished runner-up each time out!

Meara duly went out and won the first two motos, so the championship came down to the final race of the championship and under the pressure it was Meara who got the job done, winning again and edging the title by three points over rival Bird!

Things were calmer in MX2 with Jake Sheridan having a huge points lead and winning two of the three motos to take the 2019 Irish MX2 Irish title to deseverdly get himself a title in what has been a great season for the KTM rider.