Max Anstie update: Out for the rest of the GP season 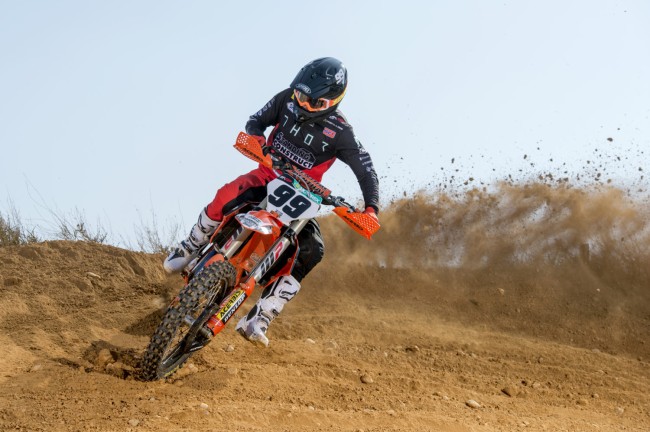 Unfortunately, after further medical examination, we have to announce that Max Anstie, winner of the second heat at the MXGP of Lommel, has to sit out the coming three MXGPs.

The doctors discovered that as well as dislocating his clavicle (collarbone) in heat one at Lommel, Max also had a small legion on his lung from his crash in the second heat at the Belgian MXGP. Despite this serious injury Max still managed to win in Lommel, as well as get third in time practice and battle for a top five in the qualifying heat at Imola last weekend. Pushing his body on Saturday at the MXGP of Imola caused a pneumothorax (a partially collapsed lung).