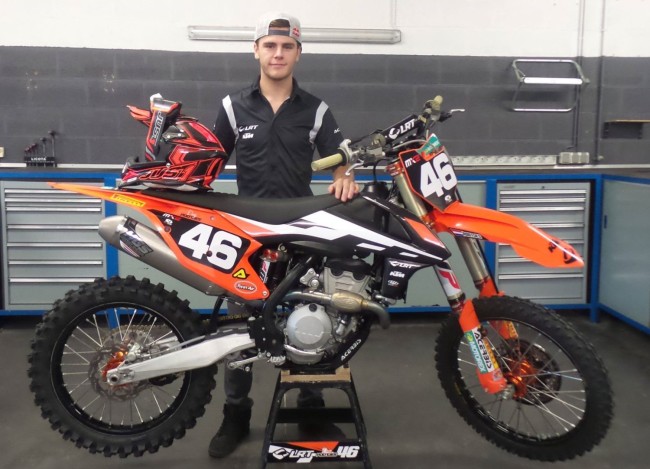 The LRT KTM team are pleased to announce they will stay in the Motocross Grand Prix paddock for the 2018 season. This year the team started up for Julien Lieber as he missed the whole 2016 season through injury. The Belgian had a good year with the LRT KTM outfit finishing sixth in the MX2 World Championship and getting himself on the podium multiple times.

However, with Lieber moving up to contest the MXGP World Championship next year, the LRT KTM team are pleased to announce the exciting signing of Dutch talent, Davy Pootjes.

Pootjes didn’t have the year he wanted in the MX2 World Championship due to injuries but he showed some good pace on his return to racing.

With the LRT KTM team and factory support behind him, the Dutch talent will hope to stay injury free and finally fulfil his true potential in the MX2 World Championship.

Julien’s brother, Cedric who used to be a rider himself will stay heavily involved with the team as team manager.

Cedric Lieber (LRT KTM Team Manager): “’I think that during the season we could show that we can have a top rider in our team and give him the necessary support to fight for the top positions in the MX2 World Championship.  I’m very happy to have a talented rider like Davy which will help us keep improving as a team and reach our goals. I’m sure he still has a lot of good things to show us in the future and I’m looking forward to it”.

Davy Pootjes: “I’m really happy to sign with the LRT KTM team. After a few difficult years with injury’s I’m happy with the opportunity they have given me to fight at the top. I can’t wait to start working with them and to get ready for the 2018 season.”