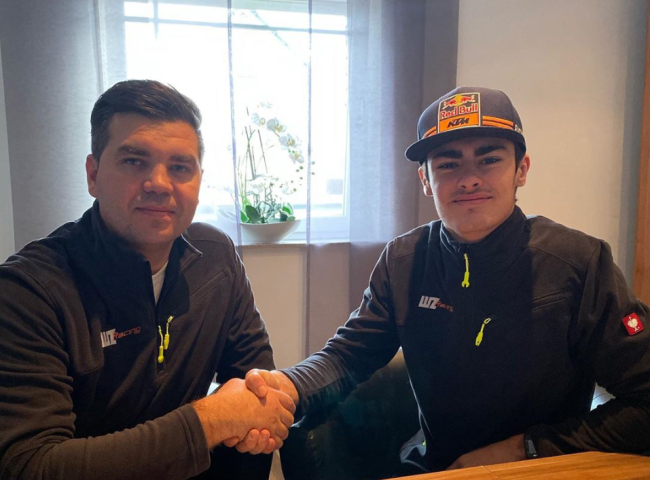 Young German rider, Lion Florian was an EMX250 rookie this year and at times had some promising results – especially during the final round of the series in Sweden when he ended up fifteenth overall.

Florian with another strong winter behind him will be looking for much more in 2020 and it’s been announced he’s signed with the WZ KTM Racing team for the season ahead.

As well as the EMX250 series, Florian will contest in the ADAC Youngsters Cup and will want to battle for the championship.

“About 4 weeks ago Waldemar Zichanowisch called my father and asked if I would like to join his team. As the “KINI KTM Junior Pro Team” was dissolved and there was still no perfect package for me, it was a very interesting option for me and my family. After my father and I looked at the team, the decision was very easy for me and I was able to sign the contract today.My goals are: ADAC MX Master Youngster Cup 1st place and in the EMX250 series – top 5.  Me and my family would like to thank all sponsors and my trainer Didi Lacher for accompanying and supporting me on my way up to here. Of course, the biggest thanks go to my family”, Florian told GateDrop.com.

I‘m very happy to announce with @wzracing for 2020 powered by @ktm_official! Excited for the next season 😃