Lieber on his impressive qualifying in Argentina 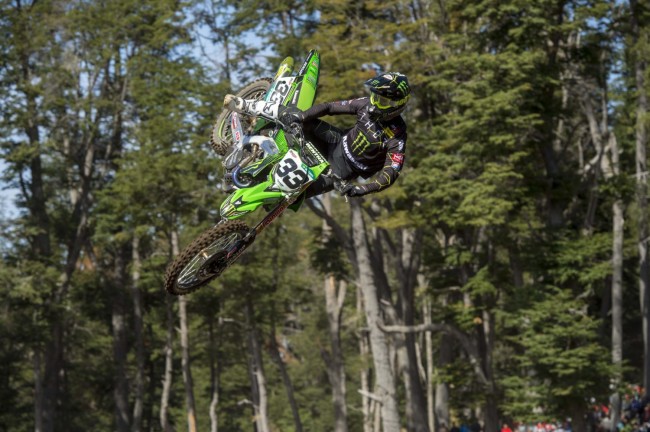 Belgian rider, Julien Lieber often goes under the radar but he put in a strong qualifying race at Argentina which hosts the first round of the MXGP World Championship.

Lieber got a great start and after Febvre passed him looked comfortable in third on his Factory Kawsaki. When Gajser crashed twice, it meant Lieber crossed the line in an impressive second. He’ll be hoping for a similar result in the races later today.

Van Horebeek and Desalle crossed the line third and fourth respectively which will please Belgian fans.

“My jump off the gate was not that good actually as the gate dropped very early, but I still got through the first turn second, just behind Gajser. I tried to follow him at first but on two or three sections he was faster than me and I couldn’t find a solution to go faster there. Then Febvre passed me; he was faster than either of us and when Gajser crashed I was second again. I rode my own race with a good rhythm and didn’t make any mistakes today so I’m happy about my riding. I will have a good gate pick for the GP races and I know that I have a good rhythm; I wasn’t tense today like I usually am on Saturdays and I always feel better on Sunday so that is a good sign”, Lieber commented.