Lewis Hall IN for Hawkstone International 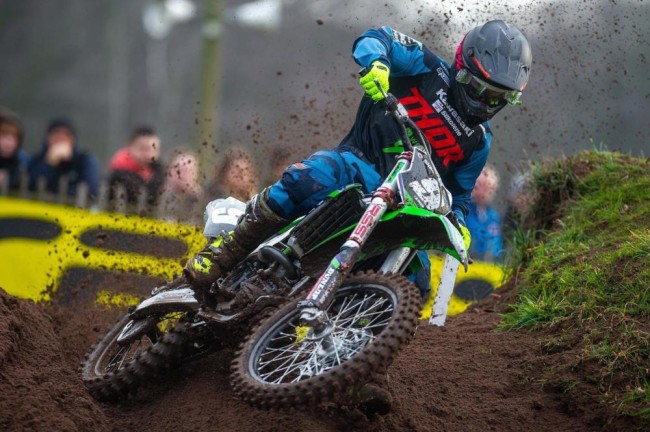 It’s been a tough few weeks for young Lewis Hall after getting his bikes stolen, it’s been a nightmare situation to say the least. After getting the bikes stolen, Hall has been a doubt to start the season but he has confirmed that he will race Hawkstone International this Sunday.

Team Green Kawasaki have managed to build a bike out of the parts left for young Hall.

“I managed to get things sorted ready to race this weekend! @teamgreenracinguk”, Hall stated on social media.

“After a very difficult 11 days since all of his bikes were stolen @lewishallmx is finally back on track and getting ready for @hawkstone_international_mx this weekend. We’ve managed to build a bike out of parts we had left and he’ll be on that start line trying to put this past week or so behind him. In fact he’s so up beat he’s even been secretly practicing his nac-nac’s”, Jeff Perrett from team Green Kawasaki added.