Levi Townley: I want to achieve more than my Dad 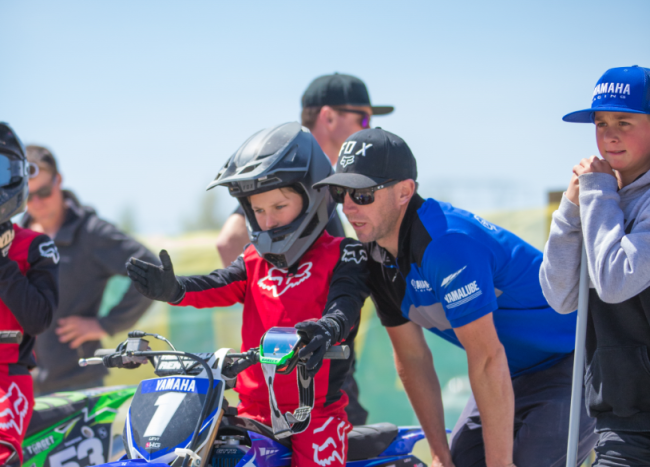 Ben Townley had a brilliant Motocross career coming from New Zealand and winning the MX2 World Championship in 2004. After a year in MX1, Townley then made the move to America and won the SX Lites East title in 2007. Injuries weren’t always kind to Townley but when he was fully fit, he was a force to be reckoned with.

Could there be another Townley who could go on and follow in his dad’s footsteps? His son, Levi is currently racing and has big hopes for the future.

“At the moment I am racing a 65cc most of the time and been racing an 85 for a few months also. I have done 1 race in Australia and as well as the KTM50 Challenge in America at Anaheim also. There are a lot of great tracks (in NZ), I like travelling around the country and riding them because there are so many different soils to ride in New Zealand”, Townley told GateDrop.com.

Despite still being young, Levi says his day can be pretty tough on him when he wants to be – that’s probably the winner in him! “I like having him give me advice because he helps me in lots of different ways. Sometimes it’s hard for me because he’s pretty tough on me”.

Other than his father, Levi looks up to Eli Tomac and Ricky Carmichael and says he wants to achieve more in the sport than what his father achieved.

In a few years, Levi should be ready to step up to the 125cc and we asked him if he’d be interested in contesting the EMX125 championship in future.

“I haven’t really thought about that yet but if I get the opportunity I would”. Townley has been to some MXGP races and was impressed with the level but says if he had to choose, he’d rather have a career in America.

“Yeah, I thought it (MXGP) was really cool, the level is so much higher than home in New Zealand. If I got a choice I would pick America but it doesn’t really bother me”, Townley concluded.

Ben knows there’s still along way to go whether or not they’ll be able to make it in the sport but is happy with the direction they’re both going.

“Both my boys love riding and racing, they’re really competitive and show promise and both say that they’re going to be racers but it’s a tough road to make it pro from NZ so we’ll have to wait and see on that one. I love going through the process with them, I get so much enjoyment out of seeing them riding and racing and achieving milestones and goals. It’s a tough sport and there are so many great lessons that you learn in our sport that they will take with them through life”, Ben told GateDrop.com.

It could be a few years yet, but it would be pretty cool to see another Townley in the racing scene either in Europe or America racing. The youngster seems very determined to make a name for himself in the sport!