Leib signed deal with CLS Kawasaki – then got contract terminated 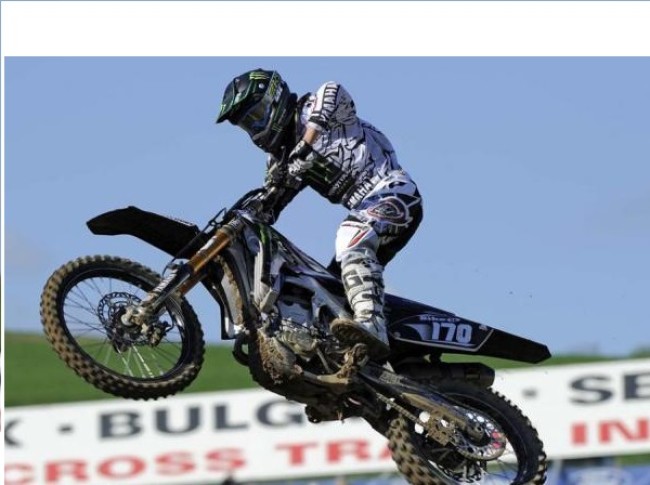 During his time racing the MX2 World Championship, Michael Leib had some good results especially on the BUD Kawasaki and the Dixon Yamaha. The American got a good chance with Dixon Yamaha during the 2012 season after Zach Osborne picked up an injury. Leib proved to be a good replacement and even got on the podium in Italy, Fermo in what was one of the best days of his racing career.

“I wasn’t going to race GP’s in 2012. I had wrote Europe off. Went home and raced West Coast Supercross here at home. Had some success with 4 top 10’s my rookie year with my best finish being a 6th. On the break I got a fill in offer to replace Osborne on the Dixon Yamaha team. Was ready to go put my foot down for 2 races and never go back. Two prior years for me were hell and I wasn’t about to miss out on this opportunity. Rode the bike on a Saturday at the Bulgarian GP for first free practice. Bike had 3 gears, rev limiters like I never experienced before and had a slight learning curve ahead. Ended up 10-10 that day. Wasn’t happy with it but we headed to Fermo the next weekend. Did some testing with Ohlins on Thursday in Italy and fell in love with the bike. In the first moto I went from 33rd – 3rd, man that felt good. In the second moto pulled out a 27 second lead over guys like Searle, Herlings, Tonus and a few others. Lost it by the end to go 3-3 on the day but I hadn’t trained on outdoors in 4 months so I was to upset. Still to this day, it’s hands down the fastest 250f I have rode. The only bummer about it is I was offered the bonus structure Zach was on that year and I thought I made some good money for my 2nd overall. Bummer was I got about 10% of it (laughs)”, Leib told GateDrop.com.

After the podium result in Italy, Leib then had an offer from CLS Kawasaki for the 2013 season which he understandably jumped at – it was one of the best teams in the paddock at the time and a factory team. Four months after signing the deal, CLS Kawasaki decided to go in a different direction and signed Arnaud Tonus instead sending Leib a letter of termination which was heart breaking for the American.

“That podium scored me a contract with CLS Kawasaki the next year that many people didn’t know about. Bob Moore became my agent and four months after it was signed I got a letter of termination from the team and replaced by Tonus. This was heart breaking for me. I also felt that the people representing me didn’t fight as hard as they could have to help me save the deal. This was my first experience of politics in the motocross industry. My two first years in Europe (2010-2011) were extremely crushing, go back to Europe for this fill in to put it all behind me, crushed it with a 2nd overall, get a big break with a offer from CLS, sign it, then get terminated. It took a lot for me to accept the deal from Yamaha for this fill in ride. When CLS terminated my contract later that year I had a lot of anger inside with my GP experience”.

Looking back, the CLS deal falling through was pretty much the beginning of the end of Leib’s time in the GP paddock. He did sign a deal with the Rockstar Beursfoon Suzuki team to contest the 2014 MX2 World Championship but that was short-lived and ever since he’s been racing back home in America.

We have more coming up from Leib regarding his GP experience soon so stay tuned.