Kovacs impresses during RD2 of Czech series – one to watch! 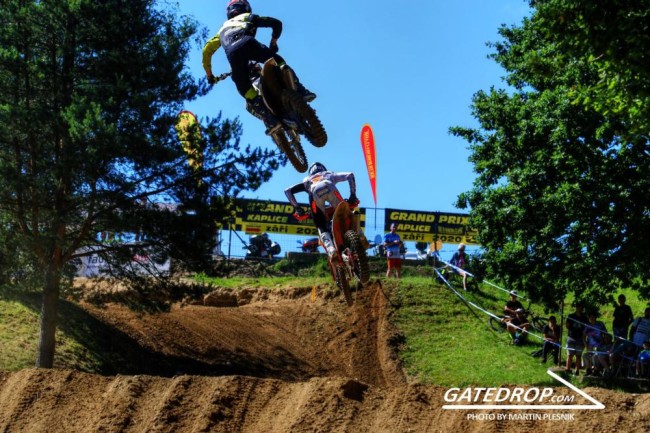 Young Hungarian talent, Ádám Kovács has been a front runner in the 65cc and 85cc classes but since making the step up to the 125cc hasn’t produced the same kind of results. However, coming into the 2020 season he’s switched from Yamaha to the Maurer-Gép Husqvarna team and looks comfortable on the 250cc Husqvarna.

Kovács was in action at the second round of the Czech series and showed GP speed – he qualified second which was a good start to the day. The moto’s went went well too as he finished 10-5 in the moto’s – a first moto crash costing him a top five overall result.

After a strong day of racing, Kovács was happy with his day and he might be one to keep an eye on once the EMX250 series resumes. He posted the following message on social media:

“This year we planned to do the MX2 Junior and some big MX2 races in Czech. Kaplice was a great opportunity to race among the “big guys” because there were GP riders too. We came to the race without any obligation and pressure. My new race bike already arrived and this was the time to try it. I like the track, it’s very technical and becomes very difficult during the races. On the first training all the MX2 riders was on the track together. I got to know the track and in the end I could make a fast lap. It was my surprise I won the training and then came the qualification. We were divided into two groups. I hoped that I could ride a good time too. I qualified myself second in between Hofer and Geerts. So I could choose start gate third after Hofer and Vialle”. 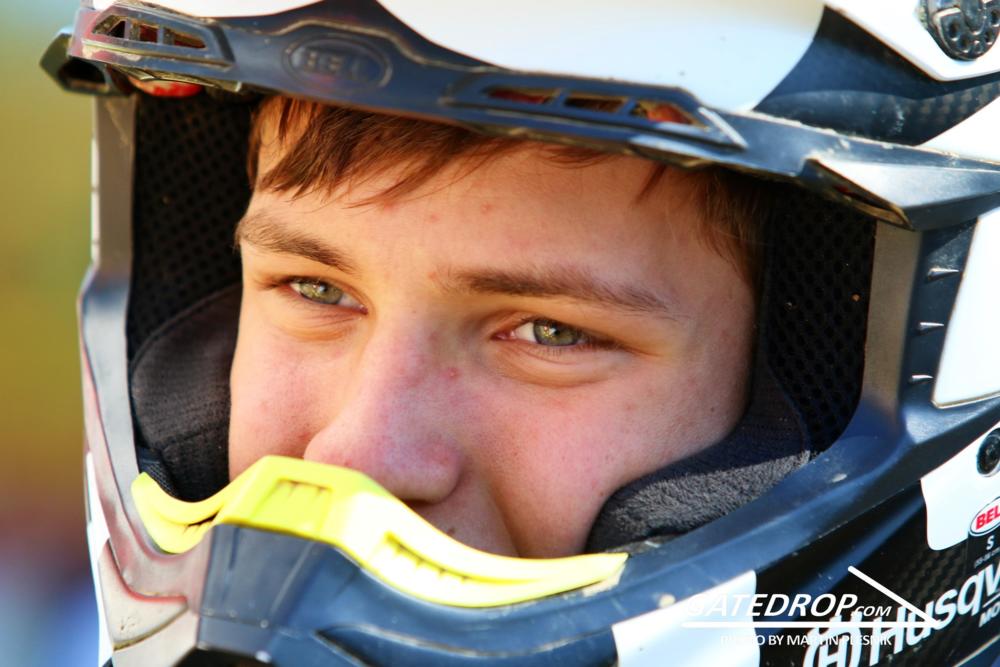 “Honestly I was nervous. My start was good. I arrived third to the start corner but it went so good I could do it fast and stay inside so on the half of the straight I was on the lead. But I missed the next corner because of my excitement. I continued the race 20th. I came up until the 10th position where I finished the race but I felt that something was wrong. As it turned out the sub frame was broken. I was a bit angry about that. We changed and the next start came and I think it was also good. I turned 5th but after one lap I was 3rd. It lasted until the 2/3 of the race. The first two riders Vialle and Geerts a little bit left but the others came after me with 8 seconds. Than I made a mistake in a jump, I hit a bump and I thought for a second that my wrist was broken. It really hurt I couldn’t pull the throttle well. I definitely wanted to finish the race.

“Of course I got slower and I got more tired. My advantage disappeared quickly and I went back to the 5th position. Meanwhile the pain has gone a little bit there wasn’t any big problem. I had such a big advantage to the others that I could finish the race on this position. I was very happy because only GP riders were in front of me and some after me. It was an incredible feeling that a lot of Hungarian fans were cheering for me at almost every corner. The result was an encouraging sign for the future and the bike was also really good. I would like to thank to Husqvarna Maurer-Gép Racing Team Csaba Maurer that I could be here and also the perfect bike and to Attila that he prepared it. To Zoltán Havasi (Havasi Suspension) that the suspension worked as it had to. To everyone who helped me to be here”.