Koen Gouwenberg secures a team for 2019 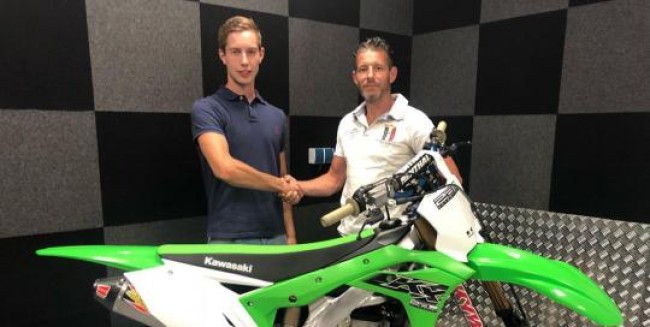 Young Dutch rider, Koen Gouwenberg has secured a team for the 2019 season. Gouwenberg has the spent the year on a Yamaha as a privateer after suffering with many injuries in the past.

Thankfully, Gouwenberg stayed fit this year and as a result has earned a ride for 2019. He will switch from Yamaha to Kawasaki machinery after inking a deal with the 2B1 Motorsport team.

Gouwenberg will contest the Open Dutch Championship, Dutch Masters series and also selected EMX250 races which is a good opportunity for him.

Koen Gouwenberg: I tested the bike with them and we came to an agreement very fast! They work in a very professional way so that’s really good. We will go for the ONK title next year and top 10 at the dutch masters. For the EMX250 Championship we want to do as good as possible. I want to thank my mum and dad and all the other people who have helped me in the past and also to 2B1 Motorsports for the opportunity.