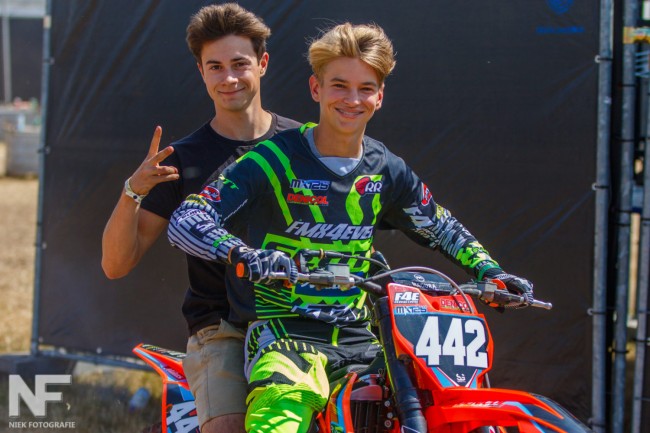 One of the emerging young Dutch talents, Kjell Verbruggen plans have been revealed for the 2019 season as he’s agreed a deal to join the No Fear Jumbo BT Motorsport team which will see him on a Husqvarna.

Verbruggen despite an injury during his rookie season on the 125cc showed some great speed at times and will have much higher expectations going into 2019. He might just turn some heads during the year ahead in the EMX125 series.

As well as Verbruggen, the No Fear Jumbo BT Motorsport team have already confirmed Scott Smulders as part of the team and it will be his rookie year on the 125cc so he’ll be hoping to learn as much from Verbruggen as possible.

The team have decided to go for two Dutch riders who are both highly rated so some good results could be around the corner in 2019.

As well as the EMX125 series, both riders will contest the Dutch Masters of Motocross.