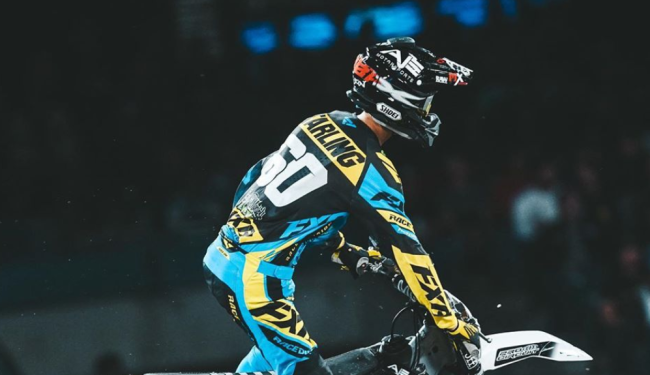 Justin Starling announced earlier in the week that he’d made the tough decision to leave the FXR/Chaparral Honda Racing team. “This was a really hard decision to make.. However, I have decided to part ways with @fxr_chaparral_honda Team. This has nothing to do with ML512, or anybody involved with the team whatsoever and I want to make that known. I am truly thankful for everything Michael has done for me this year and I wish him and his team success in the future! – I absolutely love the Honda CRF250 and what @racetechinc did to make the motorcycle as good as it could be, as well as each and every sponsor that contributes to the team”.

The American has now confirmed his plans for the future and has signed a deal with the Gas Monkey Energy/AJE Motorsports team. Starling isn’t exactly a stranger to the team as he raced for them in 2018 and 2019. The opportunity came about that he could join them again and he just couldn’t turn it down. The plan for Starling is to compete the rest of the 2020 250 East Coast Supercross series.

“Excited to be joining the @aje.motorsports Race Team! I spent the last two years with the team and I’m happy to be going back home. I’m thankful for this opportunity and I look forward to getting back behind the gate with them soon”, Starling stated.