Julien Lieber out for most the season! 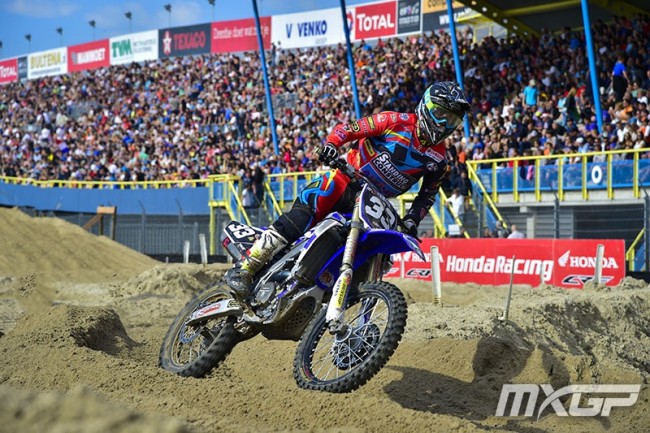 Julien is ruled out for most of the season and that is the reason why Standing Construct have signed Alvin Ostlund for the MX2 class.

Gatedrop would like to wish Julien all the best with his recovery.

Julien posted the following message on his instagram – “As you might already have heard or seen on social network, I won’t be taking part in the first Grand Prix’s in Qatar,Thailand and probably most of this year’s mx season.

Last year, at the Thai Grand Prix, unlike everyone thought I wasn’t that lucky to get away from the crash without any injury. In fact, my left hip was injured, which has bothered me throughout the whole season: physically and mentally. During the season I had several medical tests that revealed that I needed surgery. I decided to finish the season and to get surgery after. The dates were fixed.

Unfortunately, my right hip got injured at the last Grand Prix in the US. At first, I really felt unfortunate, but my doctor told me it usually happens: if one hip is injured the other side will follow.

After the season I finally got surgery on the left hip and one month later the right side. The first few weeks the rehabilitation went really well. A few weeks later I didn’t feel any improvement and the pain persisted.

At this time, I still feel the pain but I was ready to start riding again, which wouldn’t have solved the problem. On the contrary, last year I made the mistake to ride injured and I think it wouldn’t be the smartest move to do it again. I’ve learnt from my past mistakes and this is the reason why I’m willing to wait for as long as I need to. I am going to let my hips heal, which will take more time than I expected as the cartilage of my left hip is damaged.

I have an appointment with a french hip specialist next week, who I hope will be able to help me and to give me advice.
The main goal is to be back on top of my health and to prepare myself for next year’s season, which will be my last in MX2, where I am willing to prove what I am capable of as I did last year at the beginning of the season.
I would like to thank everyone that has been helping me through this tough period.”