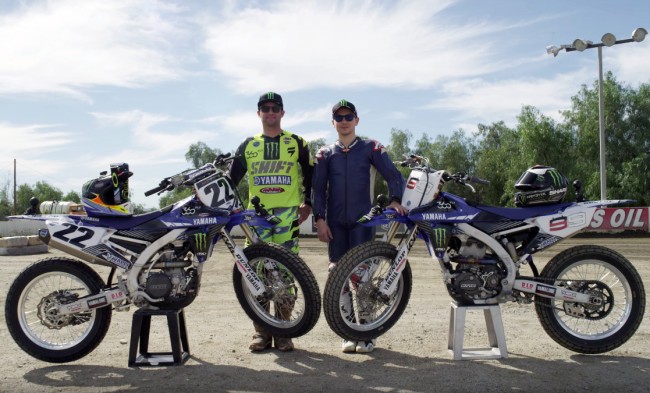 Unlike some of his MotoGP colleagues like Andrea Dovizioso, Jack Miller or Bradley Smith the Spaniard spend little time on a motocross bike. However Lorenzo proved a fiercely competitive rider who managed to win 68 GPs. Between 2008 and 2015 Jorge was on top of his game racing his Yamaha YZR-M1 to three world titles.

The more introverted counterpart of Valentino Rossi had his share of wacky victory celebrations and was a rider who was never afraid to go his own way. In his autobiography JL99 called Joël Smets one of his childhood heroes. To salute Lorenzo we dug up this Monster Energy video of the asphalt maestro having fun on a dirt track with Chad Reed.