Jordi Tixier starting up his own team! 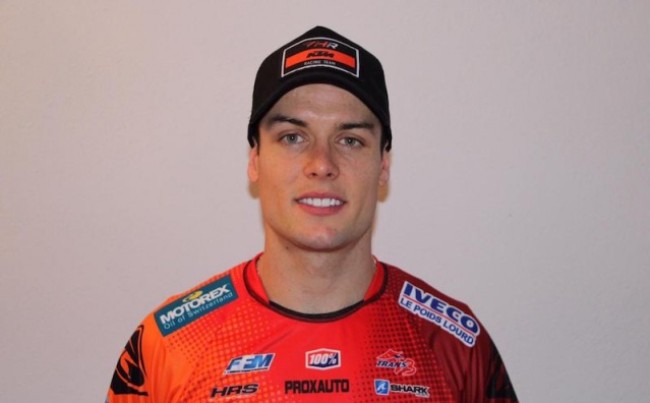 It hasn’t been the perfect pre-season for Jordi Tixier after picking up an injury and then leaving the VHR KTM team just a few weeks before the start of the 2020 MXGP World Championship. The French rider then agreed a deal with the Sarholz KTM team for the rest of the season and made his debut with the team at Valkenswaard. However, there’s been another change of plan.

Tixier has confirmed that he will start up his own team (JT911 KTM) for the rest of the season. The Coronavirus outbreak situation means he’ll have enough time to put everything together when the MXGP series resumes.

After Shaun Simpson and Kevin Strijbos have started up their own teams to take on the 2020 MXGP World Championship, Tixier has took the same direction and believes he has enough experience to make it work. The 2014 MX2 World Champ, Tixier has even bigger plans for the 2021 season as he plans on running an EMX125 rider and a team mate in MXGP!

“My winter has been really difficult.  It’s a time in my career where I think I have a lot of good experiences now, I have worked with the best.  As we all know, to be 100% ready to race you have to be 100% in your head.  It’s the time in my career where I’ve decided to build my own team. I will be ready to race the MXGP World Championship in 2020 (when the series returns). I’m proud to have the support from KTM Austria in this new goal, all my sponsors and people who really believe in me. For 2021 my plan is to have a young 125cc rider to race the European championship and a world championship rider next to me who will race MXGP as well as the French Championship”, Tixier told GateDrop.com.