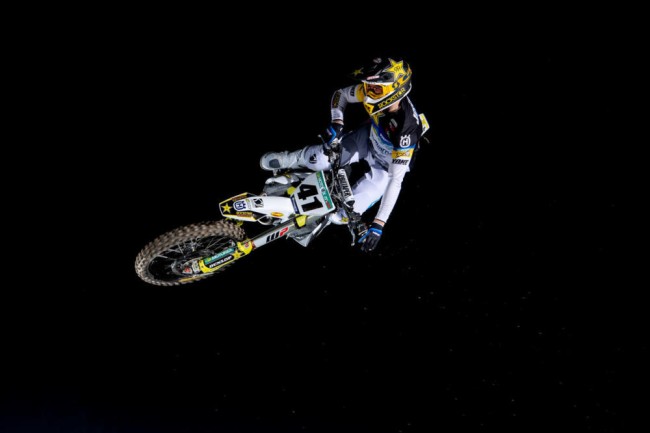 Rockstar Energy IceOne Husqvarna rider Pauls Jonass is rehabbing from a practice
crash that saw the 23-year old suffer three broken ribs among other injuries. “I’m not
sure when I’ll be back on the bike and ready to race again, it’s pretty unclear,” the
former MX2 World Champion said.

The Latvian is recovering in his native homeland and is almost certain to sit out the
three dates that will bring 2020 MXGP back into action from August 9 th at the Kegums
circuit. Jonass suffered similar frustration at the beginning of 2019 and his rookie term
in the premier class when he missed vital winter training due to right knee surgery. He
went on to score three podiums in an impressive debut season on the factory FC 450.
Now the former Red Bull KTM rider has to plot another recovery path due to the costly
training accident.

“I wouldn’t say it was a stupid crash, but things went wrong and I landed off the jump
without the bike,” he explained from a physical rehab centre in Latvia where he is
undergoing multiple daily sessions and treatments to heal faster. “It was a big impact,
and I was almost two weeks in hospital before coming to the centre here to get back on
my feet and to get going again as soon as possible.”

“In the end the injury was a bit more serious than we thought,” he added. “I had three
broken ribs, six broken spinous processes and some damaged vertebrae that
thankfully did not need any surgery. I just need to do as much exercise as possible at
the moment but by doing ‘baby-steps’ and I cannot rush. I’m unsure when I will be on
the bike but I’m looking forward to it.”

Jonass’ frustration not only comes from being unable to compete on home turf next
month but by the setback to his progress to further establish his name in MXGP. “It
was at the worst time,” he adds. “It was my last week in Latvia before I planned to head
back to Belgium and start working with the team. I was feeling so good on the bike and
we’d done a lot of work.”