Joel Smets on KTM riders during the Coronavirus outbreak 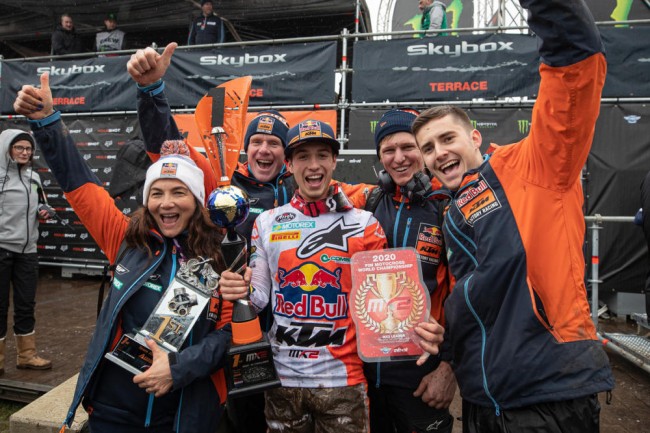 With the Coronavirus outbreak causing disruption to the MXGP calendar, Joel Smets has spoken with Belgian media (RTBF) to explain how KTM are handling the tricky situation.

“Antonio Cairoli and Jorge Prado are both in Belgium, they normally live in Italy but they were there after Valkenswaard and as the situation in Italy was already very complicated at that time, they decided to stay in Belgium. Prado still has his family in Belgium for a few years, Antonio also owns an apartment here in Belgium and he preferred not to take risks and also stay in Belgium. René Hofer, who surprised many people in England, has also returned home to Austria for the moment. Tom Vialle, who leads the MX2 world championship, also returned home to France. Jeffrey Herlings is in Holland with his family”, Smets told RTBF.

Smets also revealed that with the entire KTM factory is closed, there’s not so much for the team to organise right now and the priority is the health of the riders and staff.

“In terms of team organization, there is not much to organize. The entire Austrian factory is closed, so all employees are forced to stay at home. Production, marketing, press, all rally, enduro, motocross, speed employees are all at home until April 10, for now, that’s all we can do. Fortunately, for the moment in our team, there is no contaminated person yet, we may have taken the right precautions but we remain cautious because it can happen to anyone”, added Smets.

“For the moment, we don’t really know what’s going to happen at the championship level, some races are postponed until the end of the year in October and November, I think they want all the great prices to be disputed but how we are going to do it, I don’t know, nobody knows, but I still expect a very long and very hard championship”, concluded Smets.