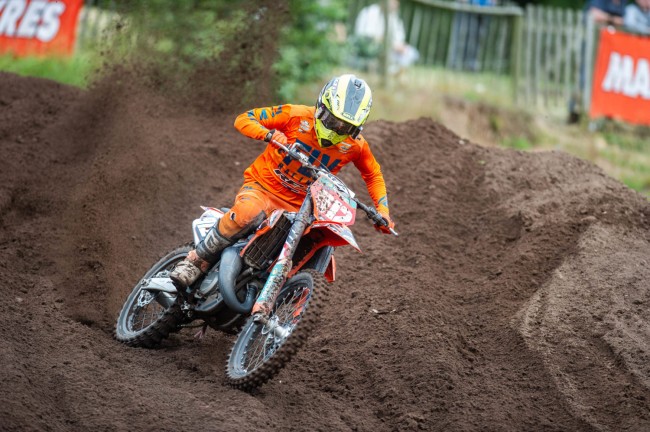 Joel Rizzi has had a pretty good season on his RFX by PAR Homes KTM but his season isn’t over just yet.

The talented young Brit will head to America next month to contest the Mini Os in the 125cc class. With Rizzi’s experience racing in the competitive EMX125 class he should be a front runner in America.

Rizzi will also have the opportunity to head to the Stewart compound to put in the laps there so it’s an exciting trip for the young British rider.

“Looking forward to doing mini os and im doing 125, schoolboy 1 and schoolboy 2 classes. I got invited to America by the boss of seven mx roger larsen, we became good friends when I was riding for Seven MX and I’m super thankful for him sorting out a bike for me and team rides Unlimted BTo for putting me under there awning”, Rizzi stated.

“I don’t really have any expectations, them American boys have come over to Europe and I have smoked them but they are bound to be fast in home soil.  Another thing when I go out to America I will be going to Stewart compound wick will be awesome”, added Rizzi.