Jason Garrett on representing Ireland at the Coupe de l’Avenir 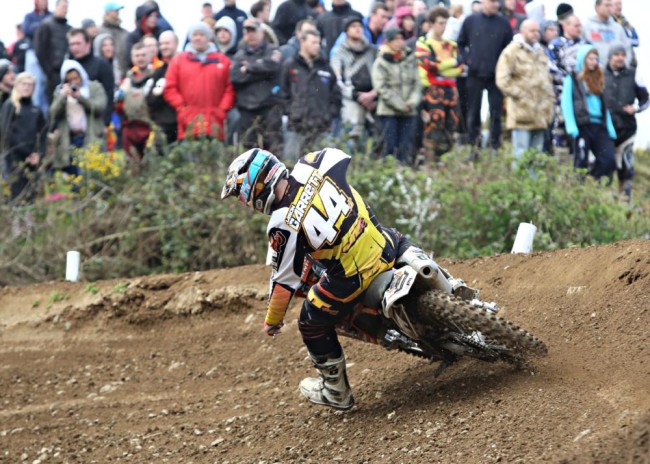 “I never got the opportunity to ride in the senior Des Nations team but I rode the youth Des Nations in 2004 and I was picked three times for the Under 21 (Coupe de l’Avenir) team in 2006 (team ended up not going), 2007 and 2009”, Garrett told GateDrop.com.

At the youth des nations, Garrett remembers just how fast Christophe Pourcel was, there’s no real surprise that the French talent went on to win a world title – just two years later in fact!

“The youth event was held in France, I can’t remember what the track was called. My class was won by Christophe Pourcel who was unbelievably fast, he crashed on lap one of the last race and caught me with a few laps to go, I tried to follow him but after half a lap he was gone. I ended up tied for 3rd overall”, stated Garrett.

In 2007, Garrett got the chance to travel to Belgium for the Coupe de l’Avenir but unfortunately broke his wrist in the first race but he didn’t give up and decided to race the rest of the weekend – the Irish don’t give up!

“During the first year of under 21 (Coupe de l’Avenir) in 2007 the team was Stuart Edmonds, Graeme Irwin and myself. I broke my wrist in race 1 so had to ride the rest of the weekend just to try get points, so I didn’t do so good. Jeremy Van Horebeek won the event”.

Two years later, Garrett had another go at the Coupe de l’Avenir hoping this time he would escape injury and his weekend was much better battling with established European and GP riders all weekend long. After a hard days racing, Garrett finished seventh overall in the open class – a top twenty result is always nice! Some of the top riders in action that weekend include Harri Kullas, Jeremy Delince, Richard Fura, Jordi Tixier, Nick Triest and many more!

“In 2009 it was Graeme, Michael Mahon and myself. My starts were great all weekend and I was top 3 around first corner in every race. Not sure on overall results (Jason finished seventeenth overall), my first race was the best as I finished around 12th. Harry Kullas won the event”, Garrett concluded.