Jago Geerts on another Dutch victory! 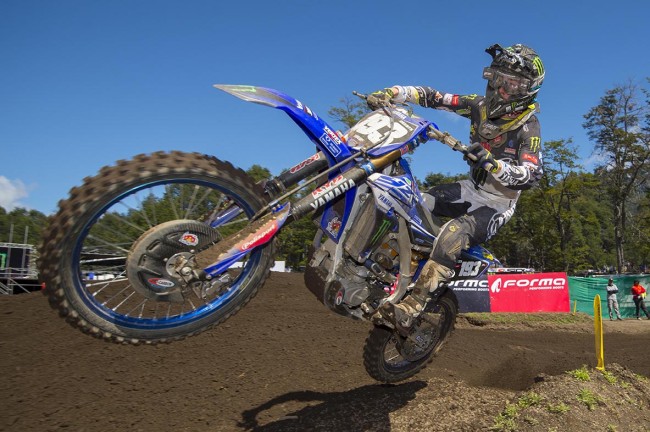 Jago Geerts took the overall win in the Dutch Masters in Mill today (3+1), after two holeshots on his YZ250F. With only one race to go (July 15, Zwarte Cross in Lichtenvoorde) the 18-year-old Belgian is leading the series with an advantage of 13 points on Calvin Vlaanderen. Ben Watson finished fourth in Mill (2+6).

Geerts took the holeshot in the first moto and kept a good pace on the sandy track. The teenager was leading Calvin Vlaanderen by six seconds, but made a mistake in a corner three laps from the end and crashed. The South African and teammate Ben Watson could pass Geerts, who finished third.
Same story in the second moto. Geerts took another holeshot and found immediately a good rhythm. One big difference with the first moto: the Belgian made no mistake this time and finished first, 15 seconds ahead of Thomas Covington. Ben Watson missed his start completely (20th), but fought his way back to sixth position.
It was – after Oldebroek a couple of weeks ago – the second win in a row for Geerts in the Dutch Masters.

“I really enjoyed riding this track. This was fun. Second win in a row, nice. Although, it was a pity that I did that stupid mistake in the first moto, which cost me the win. I was angry with myself. This may not happen again, I said before the start of the second moto. And it didn’t happen again. I stayed very focused and could win that moto. A big thanks to the team for preparing such a good bike. My starts were awesome. That helped me a lot. This is a nice victory, but also a very good preparation for the Grand Prix in Latvia, next weekend.”