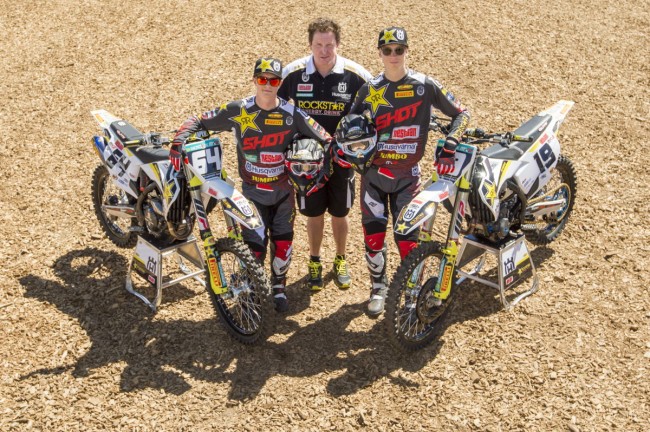 Revered Belgian team owner and former racer Jacky Martens has confirmed that he will convert his MX2 Grand Prix team into a premier class effort for 2020 and is expected to declare the new manufacturer and riders for the framework after next week’s Swedish round of the FIM Motocross World Championship at Uddevalla.

Two months ago the MXGP paddock was surprised by the split between Martens and Husqvarna after the union had yielded a series of top five/three MX2 championship results and had blossomed the careers of Romain Febvre, Max Anstie, Thomas Covington and Thomas Kjer Olsen. His Rockstar Energy Husqvarna squad had been the principal vanguard for the Austrian marque for five years but the factory will now back a splinter effort.

Martens’ contacts and reputation in the sport helped through an unsettled period organising for the future, and the 56 year old from Lommel is now ready to announce a new chapter in his career as a team owner by providing a boost to the MXGP division and relief to a burgeoning rider market.

“It’s the right time,” he commented. “We have done some good things in MX2 but we think there is great potential being in MXGP and I am close to confirming what will be factory level support. We think the interest from sponsors is higher for the premier class – it’s live on TV in Belgium – and we have extra backing plus some old sponsors coming back.”

“I’m very happy, and especially after a few months of sleepless nights trying to think about how I can fill a large hole in my budget,” he added.

Rumours have Martens dealing with Honda or Kawasaki and working again with Covington, with the 23 year old American apparently eager for a return to MXGP after an unhappy and illness-affected 2019 term.