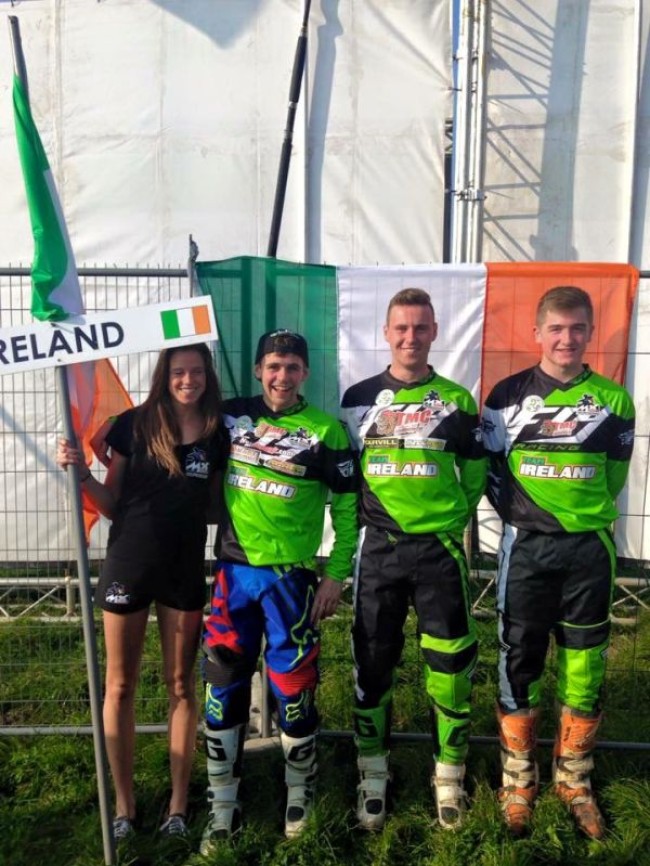 The Motocross Des Nations takes place this weekend at RedBud but the Irish also have a team heading to the Coupe de l’Avenir taking place in Belgium.

With the Coupe de l’Avenir taking place this weekend, we caught up with the Irish team manager, Mick Mc Ginn to get his thoughts on the event.

On his rider selection for the event..

All riders fit and either in transit or travelling tonight to Belgium. In the 65 class, we have Jake Farrelly with Markus Kalnins and Gabi Golturenko. Unfortunately, in this class Lewis Spratt had to drop out due to injury and Jack Meara was unavailable. In the 85 class, Drew McCreanor is leaving direct from England as he was competing in the British last week. Ross Simpson leaves from Dublin on the ferry tonight and Reece Ross is already in France in training north of Paris before moving on to Belgium. Jake Sheridan (MX2) leaves from Dublin port this evening on the same boat as Jack Galvin (125 2T). James Mackrel (Open) is along with Reece Ross in France getting in some extra track time and will train again tomorrow in Belgium. In this class, we had to leave Jason Meara behind as he is reserve rider for the Irish Des Nations team who are competing on the same weekend. Along with parents, guardians and mechanics, there is also a very welcome loyal contingent of Irish supporters who are on their way to support the boys in green. On the way too is professional photographer/cameraman Ian Cairns who will provide his usual top class visual coverage of the event.

I’m looking forward to the event and very pleased with our riders who are focused and dedicated to achieving a good result. We all know that this is a precursor to the future adult Des Nations team and competing at this highest level among Europe’s premier youth riders will give invaluable experience.

I’d like to take this opportunity to thank our other reserve riders Luke Smith, David Galvin, Ben Kennedy and Eric Lynch who have generously made themselves available in case of injury. Also our sponsors, MCUI, Motorcycling Ireland, MRA, Mediterranean Design, Motocross Club Hauts-Pays ASBL, CCM Racing and Norman Watts. Also, we wish our adult counterparts in the Motocross of Nations in Red Bud USA the best of luck this weekend.