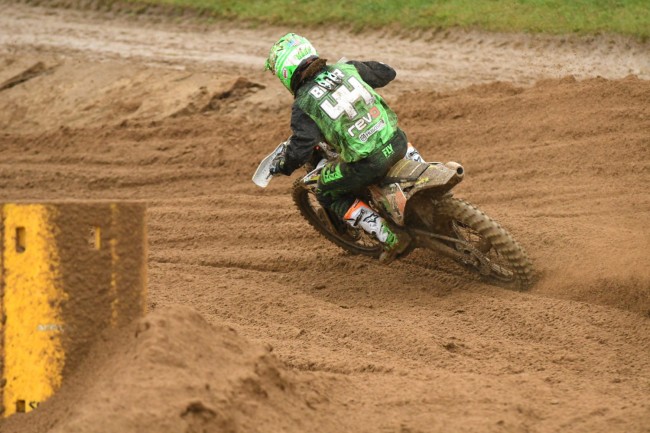 Ireland consisting of Gary Gibson (MXGP), Martin Barr (MX2) and Richard Bird (Open) finished a superb fourteenth overall at the Motocross Des Nations at RedBud. They actually bettered their result from Matterley Basin by one spot despite having a worse team on paper. Ireland finished fifteenth overall just twelve months ago in Matterley Basin. It goes to show that no matter who represents our country, they will put everything they have into it and we shouldn’t be surprised to see them excel.

Gary Gibson only got the call last week that he’d be taking part in the event after Graeme Irwin’s injury so was well and truly thrown in at the deep end. The MXGP class is arguably the deepest class as well but the determined Gibson went 33-30 in his moto’s to secure eighteenth overall in the MXGP class. With Filip Bengtsson finishing seventeenth overall it might have been unrealistic to expect anymore from him, he did the best he could!

In the MX2 class, Martin Barr took to the conditions like a duck to water.  The Revo Husqvarna rider went 16-17 in the moto’s as he was the star man for the team. Seventh overall in the MX2 class was a brilliant result and he even beat AMA National Champ, Aaron Plessinger on the day.

Bird unfortunately DNF’d his first moto of the weekend but during the final race of the weekend he crossed the line behind fellow country man Gary Gibson to end up thirty-first. Bird ended up eighteenth overall in the open class but the DNF clearly hurt him in that respect.

Congratulations to all three riders as they all played their part to help the country finish fourteenth overall.