Interview: Stuart Flockhart discusses the sport in the UK and his career 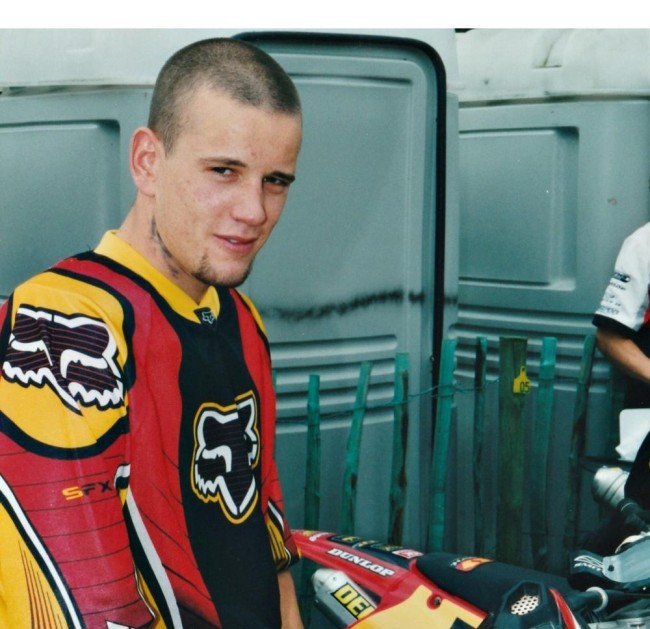 Over the past twenty years there’s been a number of talented Motocross riders to emerge from Scotland. Currently Shaun Simpson and Dean Wilson have had plenty of success with the likes of Stephen Sword and the Mackenzie brothers having good careers. Another rider from Scotland, Sturt Flockhart had a good motocross career himself and is now running the Scottish Championship – something he hopes to improve.

We decided to catch up with Flockhart who’s also known as Disco to discuss his Motocross career, the current state of the sport in the UK and much more.

Gatedrop: You’ve got the nickname Disco, where did that come from?

Flockhart: That started in 2004 when I was riding for Meredith MX. We had our own private team setup and I had the freedom to change our bike graphics/plastics most weeks and also my kit colours thanks to support from Shift. One round at British Champs, Tanel Leok’s mechanic at MotoVision, Byron Draper – made a comment I was like a set of disco lights and from that point on the nickname stuck.

Gatedrop: Looking back at your career, what’s the main highlight and why?

Flockhart: Absolutely 2003 was my best season in terms of professional riding/results. By mid season 2003 I collected a few pole positions and first win at British Championship, also a best GP result of 4th place. I was on great form at that point and really believed I could run with anyone in the world.

Gatedrop: What other races stand out for you when you look back at your racing career and why?

Flockhart: 2002 Hawkstone International is a strong one in my memory as I got the holeshot in all 3 moto’s in front of all 3 of the 2001 reigning World Champions Dobb, Pichon and Everts. I rode the final 30 min moto that day in front of a Factory Yamaha who at the time I thought was Bervoets, however once the chequered flag fell I discovered it was actually Everts so I was obviously pretty stoked on that ride.

Gatedrop: Looking back, are you happy with what you achieved in the sport?

Flockhart: Yes, I am proud to have been one of Scotland’s best riders and a name recognised around Britain and Europe. Although as I sit here now at 41 years old and watch old practice videos, I definitely see I should have done better.

Gatedrop: Do you have any regrets or anything you’d do differently?

Flockhart: Regrets for me include not realising how good I was and not quite having the same ruthless focus as some of the guys who managed to beat me. Unfortunately, I didn’t really have a clear end goal of what I wanted to achieve over my career. I knew how to focus short term, however I now see that if I had told myself back then to aim for Championship titles, I believe I would have won a few. Also, I was too shy with teams and I made some bad choices in teams I rode for. 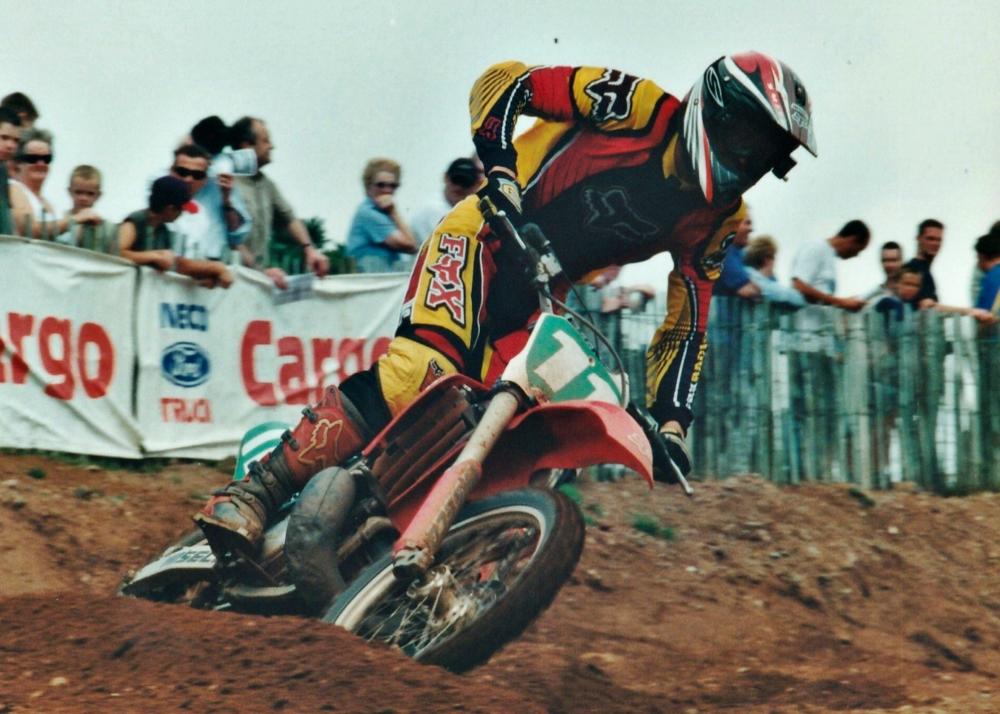 Gatedrop: After your racing career, you did some freestyle – what was that experience like?

Flockhart: You know what, that was actually right in the middle of my GP career, in 2001 I had a season racing back in the UK only and that’s when Freestyle started to turn into a business opportunity in UK gaining sponsorship from Red Bull. I was one of 6 riders selected to go on tour for Red Bull and we had to perform all over the country at various different kinds of shows. From early days in youth racing I always liked to send big jumps and I guess I was ultimately a bit of a show-off kind a rider. I liked playing on a bike and entertaining others so really enjoyed the tour in 2001. I got the 4th gear stoppies dialled in nicely too.

Gatedrop: The past few years you’ve been involved in the Scottish Championships. What’s your role and what are you hoping to achieve?

Flockhart: Yeah man, this is something I have always wanted to get involved with and like you said just recently the opportunity came up for me to take over running the Scottish Championship series. This is done with the support of my partner Louise under ScotMX Events and we have taken it back to the roots of Scottish Motocross through affiliating with the SACU. I am also now a consultant for Motocross with SACU.

There is a good atmosphere within the Scottish Motocross scene again at the moment and I think the sport is currently going in a very positive direction up here. We have some great sponsors onboard and are also speaking to potential new ones. My goal is for our series to offer a very healthy option in the north of the UK (including a trip to a popular track in Northern Ireland) and then make sure the rest of the world notice us and take us seriously. With this, also trying to inspire our Scottish MX racers by showing them Motocross at a higher level. We have not produced a World Champion from Scotland yet and I look forward to the day that fact is no longer true.

Gatedrop: In the British paddock, there’s not the same support or rides in the paddock as there was in your day. What would you put that down too and what changes do you think could help improve the sport in the UK again?

Flockhart: I guess in my day there were more British riders going into Europe so we got places on the major teams who were geared up to go race Europe and the GP scene. Now most of the British paddock race pro-dominantly in the UK only. I believe there are currently too many National Championships across England.

I think it would be healthier for teams and riders if there wasn’t so much choice of events at the top level, forcing the best riders to all compete together for that one British Championship title. This would help the local club racing scene and national premier level racing at the same time. We are fortunate to have it this way in Scotland right now. 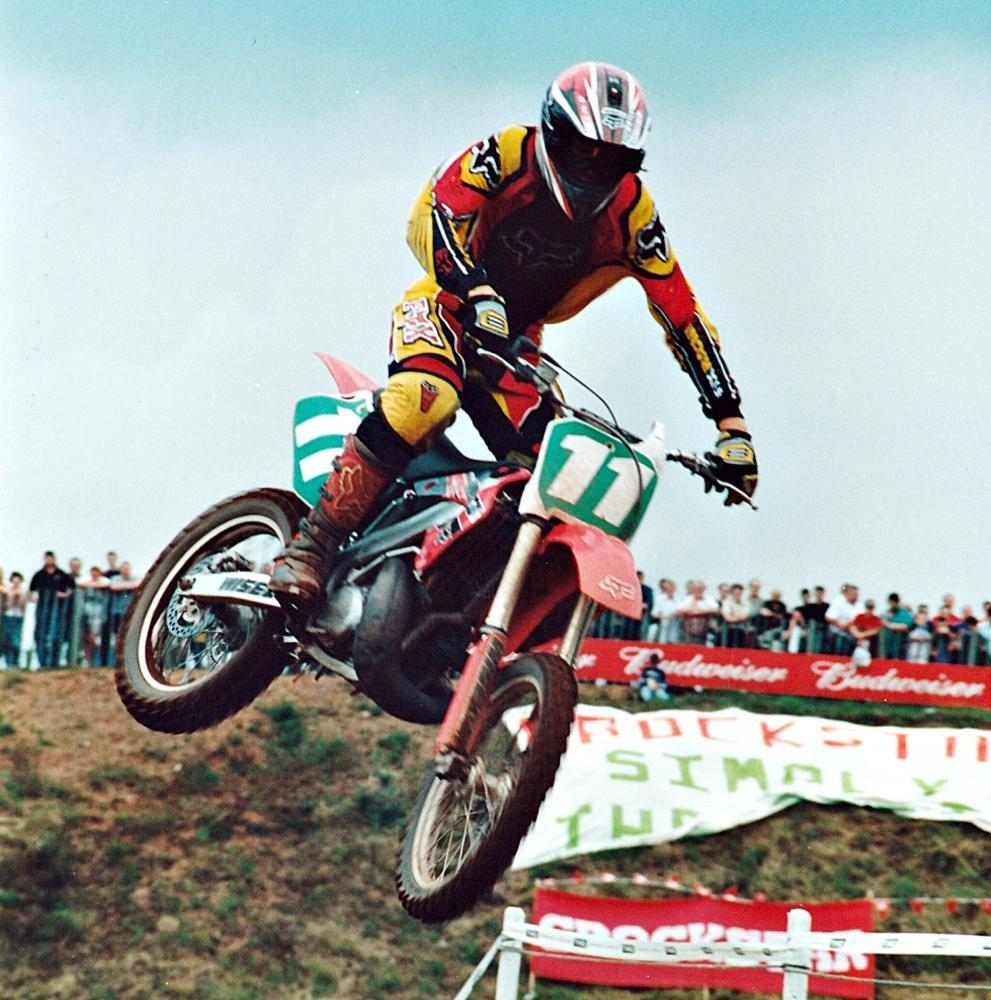 Gatedrop: There’s been a number of very talented Brits with the talent to win world championships – Nunn, Searle, Anstie and Mewse but it hasn’t happened. I feel like Brits have a mental problem racing GP’s sometimes – was that ever a problem for you? Or would you put it down to something else?

Flockhart: I’d agree this may have been the case for a small percentage of our guys. Thankfully I wasn’t really phased by it too bad. I used to race in Holland a lot in my youth days and managed to beat the Dutch guys so that must have helped my mind-set. However, looking back at my career and also at the current British guys at the highest level, I think the best thing to help them would be a former pro rider working full time as coach mentor/guide/motivator .

You think you’re doing the right thing at the time, but really a helping hand from a trusted partner with experience and the same goal does help make the most progress quicker and more efficiently. I am even more passionate today to see people succeed than I was during my own racing days. I wish I’d of had someone like that in my corner during my 20’s.

Gatedrop: Your son, Troy races, how has he been getting on and do you enjoy helping him improve?

Flockhart: Yeah he’s been on a bike since he was 3, he’s nearly 13 now. He won Scottish and British titles on his 50 in 2016 and I got real excited by that. Unfortunately, he seemed to feel quite heavy pressure/expectation after that success and I see at the moment he can sometimes start overthinking things in his riding. I’m currently taking more of a chilled approach with him to help try relieve any pressure he feels. He has great natural riding ability and when he’s having a good day on his bike it is a beautiful thing to see.

Gatedrop: Do you think Troy could have a future in the sport – do you see a racer in him or is it all purely for fun at the moment?

Flockhart: It’s totally up to him. We’re pretty chilled at the moment, then if he decides he wants to go for it in the future, we will give him whatever support he needs to succeed.